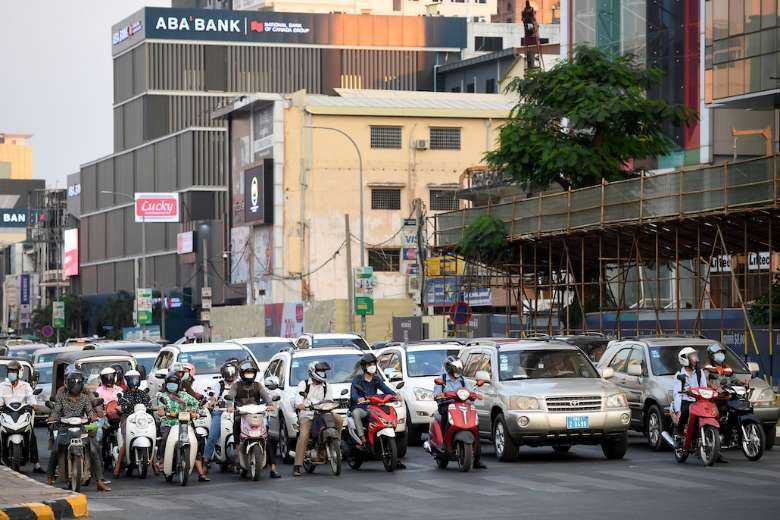 Motorists wait at traffic lights on a street in Phnom Penh on Jan. 11. Cambodia plans to vaccinate 10 million Cambodians out of a population of 16 million. (Photo: AFP)

Cambodia is gearing up for mass inoculations against the Covid-19 virus, with China providing the first million doses while India has been asked to bolster future supplies and Australia has promised “safe and effective” access to vaccines.

The broad plan is to vaccinate 10 million Cambodians out of a population of 16 million and Prime Minister Hun Sen said he would be the first to be inoculated once the first vaccines are delivered from China. Access to the vaccines will be free and voluntary.

Confirmed Covid-19 cases in Cambodia have been small compared with elsewhere, with just 441 people infected with the virus, 386 recoveries and no deaths as of Jan. 19.

Nearly all cases were among people arriving by flights from abroad, with just one community outbreak, known locally as the “November 28 Incident,” which was sparked by a trade delegation arriving from Hungary and resulted in lockdowns that were lifted by Christmas.

However, there has been a sharp rise in cases over recent weeks, with 69 cases confirmed among workers returning from Thailand, adding a sense of urgency to the Cambodian vaccination rollout.

Two Chinese vaccines, CoronaVac made by Beijing-based company Sinovac and a second by rival Sinopharm, are being delivered around the world for emergency use but approval by the World Health Organization (WHO) is still pending.

Hun Sen had initially said Cambodia would only use vaccines certified as safe and effective through the WHO’s Covax initiative, designed to get the vaccines where they are needed most regardless of wealth and status.

“Due to the urgency of the situation, we cannot wait any longer,” he said. “We have strong assurances and good evidence that this vaccine is safe given that it was already used by the leaders of China and by millions of their citizens without causing them harm.

“There are other countries, like Indonesia, where the president has already been vaccinated using this vaccine,” the premier said, adding that 10-13 million people, or 60-70 percent of the population, would need to be vaccinated.

The one million Chinese doses will be used to inoculate 500,000 people. Medical authorities say Sinopharm vaccines are easier to transport than other vaccines and could be stored at temperatures of 2-8 degrees Celsius. Indian vaccines can be stored at up to 18C.

Critically, other vaccines required storage temperatures of at least minus 70C, refrigeration which Cambodia simply does not have, Hun Sen said.

That was the determining factor behind Phnom Penh’s request for assistance from India and in opting for the China-made vaccines despite tests outside of the People’s Republic that found CoronaVac was only 50 percent effective.

Hun Sen made the request to India through Devyani Uttam Khobragade, India’s ambassador to Cambodia, after her country approved two vaccines for emergency use and announced plans to inoculate 300 million people by August.

Australia has also said it will provide Covid-19 vaccine assistance to Cambodia under the Covax initiative with WHO approval as part of its US$360 million initiative to assist countries in fighting the disease across Southeast Asia and the Pacific.

“We will provide funding for countries in Southeast Asia to enter into vaccine advance purchase agreements so that they can be at the front of the queue,” said Australia's ambassador to Cambodia, Pablo Kang.

Deeply suspicious Cambodians often view the virus as a “foreigners' disease” and have applauded the government for closing land borders and reducing air traffic, with millions of people encouraged to leave the capital and return to their villages in the countryside.

However, concerns among doctors are many, particularly in countries where corruption and fake goods, including medicine, are rife.

“Governments around the world are giving it for free; as far as I know, no private clinic or hospital can buy or sell the vaccines. We wait for free donations,” said one Southeast Asian doctor who declined to be named.

“Hopefully the vaccines will be given to everyone for free; my fear is that in corrupt countries, corrupt doctors will steal the donated vaccines to sell to the rich and give a fake substitute instead to the poor.”

Another medical observer said locals in Southeast Asian countries would receive vaccines for free but there were no guarantees that the same rules would apply to foreigners. 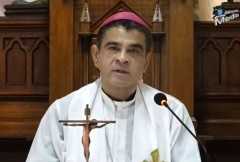