Private schools to open first amid concern from teachers, parents and unions A homeless man lays on the floor as a couple wearing face masks walk past in Phnom Penh on June 23. (Photo: Tang Chhin Sothy/AFP)

Cambodia will begin reopening schools next month under strict conditions despite a spike in Covid-19 cases and concerns among teachers, parents and unions.

Under a government plan, 20 schools in Phnom Penh, Siem Reap and Battambang with “high safety standards” will open first and must follow standards laid down by the education and health ministries and the World Health Organization.

Schools were closed across the country in March as the Covid-19 pandemic took hold but to date the country has emerged relatively unscathed by the highly contagious and potentially deadly virus.

Of the 15.4 million cases reported worldwide, just 198 have been recorded in Cambodia. Of those, 142 have recovered and there have been no deaths. However, 58 people, mostly from abroad, have tested positive in the past two weeks.

“Education establishments have to continue implementing mixed methodologies — distance learning and online learning along with classroom education,” Ros Soveacha, spokesperson for the Ministry of Education, Youth and Sport, told the Phnom Penh Post.

“Guidelines on the required conditions of enhancing basic study in the context of Covid-19 in preparation for the safety protocols required at the schools will be issued.”

He said the schools would be closed if they failed to honor the agreement that encompasses social and physical distancing on campuses, in buildings and in the classroom.

High-standard schools are mainly private-run international schools and colleges attended by the children of Cambodia’s dwindling expat population and the moneyed and ruling elites.

Government inspectors have toured the schools to assess safety and preventative measures put in place to protect teachers, students and staff from the new coronavirus and combat its spread. 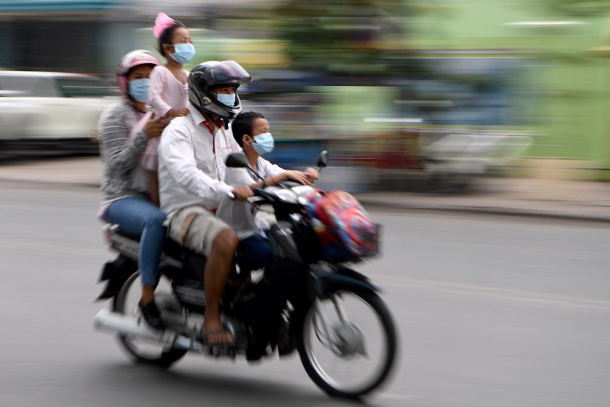 Ouk Chayavy, president of the Cambodian Independent Teachers’ Association, wants the government to reconsider the reopenings amid the spike in infections.

“Over the last few days, Cambodia has seen a spike in Covid-19 cases from 20 to nearly 30,” she told local media, urging the government to pay closer attention to the needs of all schools.

Students from grade 9 through to 12 are due to sit exams next month and have had to rely on distance and online learning to get by.

However, one school principal who declined to be named said a lack of resources had hampered online learning, while students were disadvantaged by missing out on the classroom and personal contact with teachers.

“Those that have the resources also have a lot of trouble concentrating. Staring at a computer screen day and day out is not a good way to learn,” he said.

In May, Prime Minister Hun Sen announced schools would remain closed until the start of the next school year in November, but this was met with resistance from educators and parents alike.