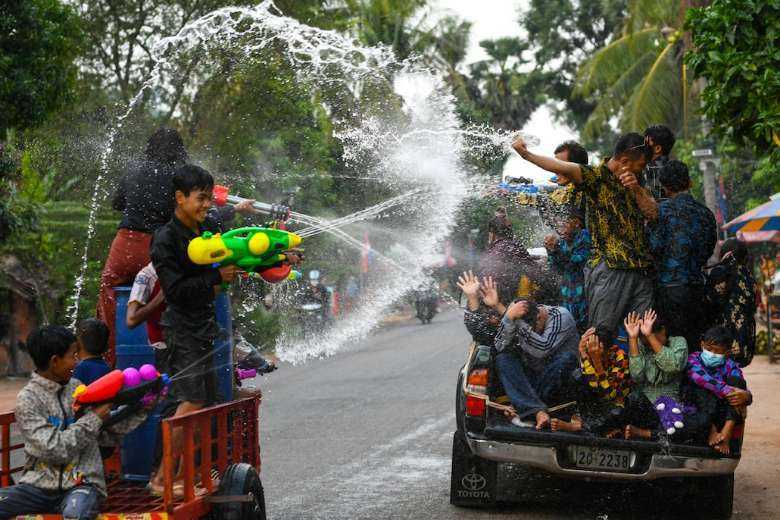 Prime Minister Hun Sen has urged all Cambodians to get their third and fourth booster shots in a bid to further build up the country’s Covid-19 herd immunity and enable the health department to end the mandated wearing of face masks.

He said a vaccination campaign would be launched among factory workers, market vendors and those working in the informal economy where people are at their most vulnerable to the Covid-19 pandemic.

The vast majority of Cambodia’s 16.5 million people work in the informal economy.

“We must do our best to build herd immunity. Therefore, I would like to take this occasion to urge all citizens to get the third or fourth dose of Covid-19 vaccine. As a result, if herd immunity becomes stronger, the mask mandate will no longer be required.”

Hun Sen said Cambodia currently had the lowest Covid infection rate among the 10 members of the Association of South East Asian Nations (ASEAN) and despite that success effective control of the pandemic could not be left to the health system alone.

As the pandemic erupted two years ago, Cambodia was quick off the mark in closing its borders and in rolling out its vaccination program, which was backed by China and Western countries like Australia and the United States.

Hungary, Italy, Japan, the Netherlands and the United Kingdom also contributed to building a stockpile of Covid-19 vaccines.

“The effective control of Covid-19 does not depend on the medical system alone but also on the preventive measures and citizens' participation,” Hun Sen said.

In September 2021, Cambodia sent 200,000 vaccine doses to Laos when the pandemic was entering a second wave which had left authorities struggling to cope.

Meanwhile, China recently announced it would donate 20 million Covid-19 vaccinations to Cambodia, shoring up it supplies, and has entered a joint manufacturing venture to develop a homegrown inoculation against the disease.

Hun Sen added that countries with advanced technology had reported thousands of deaths and millions in infection cases, while Cambodia had so far confirmed fewer than 140,000 cases.

Cambodia has confirmed 136,090 cases with 132,801 recoveries and 3,055 deaths, but these are official numbers and diplomatic sources have said case numbers could be much higher.