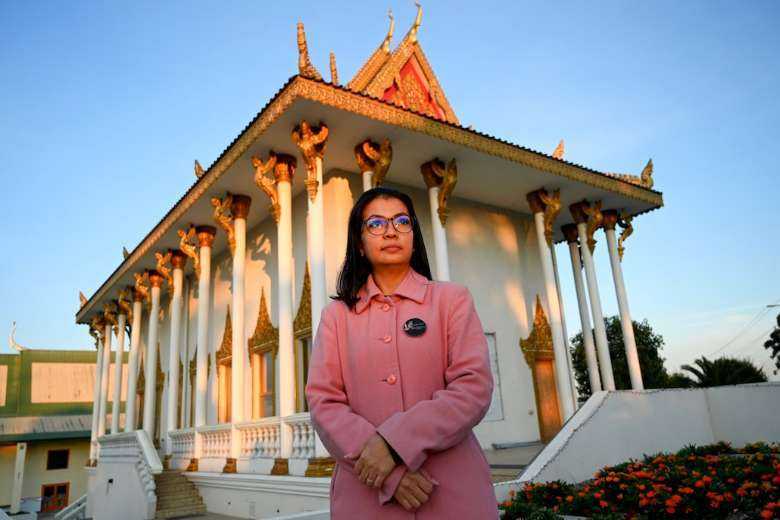 The Cambodian government has ruled out an independent inquiry with foreign observers into the death of Kem Ley, an activist and radio commentator who was shot dead while having a cup of coffee more than five years ago.

Chin Malin, secretary of state at the Ministry of Justice and vice-president of the Cambodian Human Rights Committee, said the state had an obligation to investigate and seek legal justice.

But this was not to be based on emotional and political grounds as demanded by politically motivated groups, he said while urging people not to make baseless political statements to accuse, criticize, demean and doubt the authorities.

“The demanded establishment of an independent commission with participating foreign experts to investigate the case is contrary to the constitution and laws of Cambodia,” he said in a dispatch from Agence Kampuchea Presse.

Kem Ley was shot in broad daylight at a coffee shop inside a petrol station after calling for an independent inquiry into the family wealth of Prime Minister Hun Sen following a report out of London claiming the clan was worth hundreds of millions of dollars.

The Cambodian government has strenuously denied any involvement in his death.

Kem Ley was the most prominent Cambodian government critic to be killed since 2004 when trade union leader Chea Vichea was shot in the head and chest while reading a newspaper at a kiosk.

Former Khmer Rouge and government soldier Oeuth Ang — who initially told police his name was “Chuob Samlab” or “meet to kill” — pleaded guilty to Kem Ley’s murder and was sentenced to life in jail after a brief trial.

He said the motive was an unpaid debt of US$3,000 which was disputed by his own wife, Kem Ley’s widow, supporters and human rights activists who alleged the murder was politically motivated and that Oeuth Ang’s arrest was part of a broader cover-up.

"The assassination of Kem Ley five years ago marked the beginning of the end of Cambodia's commitment to uphold human rights and democracy,” Phil Robertson, deputy Asia director at Human Rights Watch, said on July 10, the fifth anniversary of the killing.

His comments followed a statement issued by 45 non-governmental organizations including the International Commission of Jurists and Amnesty International amid claims that more than one person was involved in the murder.

They reiterated their call for an independent Commission of Inquiry under the International Covenant on Civil and Political Rights (ICCPR), to which Cambodia is a party.

“Pursuant to the ICCPR, Cambodia has a duty to promptly, independently, impartially and effectively investigate all deaths suspected of being unlawful,” they said.

“Investigations must seek to identify not only direct perpetrators but also all others who may have been responsible for criminal conduct in connection with the death.”

Chin Malin said groups that could not accept the court’s decision could use their legal rights to appeal through Cambodia’s court system, assuming they had “a strong legal base, argument and testimony.”