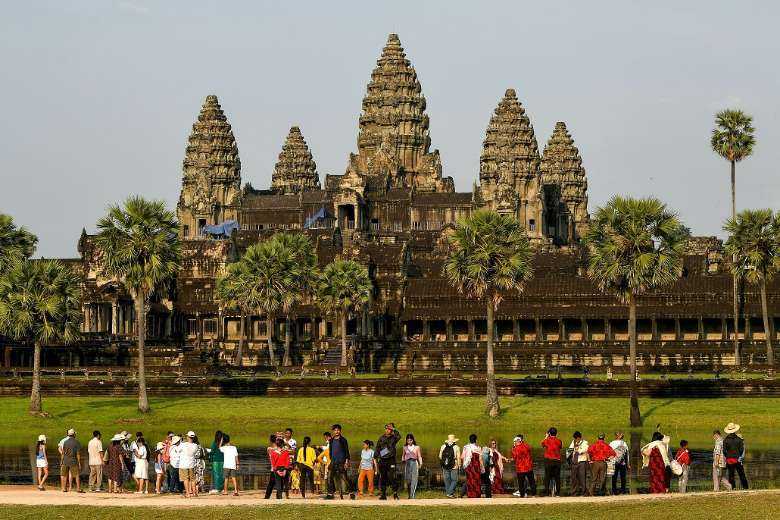 Cambodian Prime Minister Hun Sen has announced that the mask mandate introduced more than a year ago to curb the spread of Covid-19 has been lifted in all open public places as the number of daily confirmed cases nears zero.

In a special message to the nation, Hun Sen said masks should still be warn inside crowded places such as theaters and air-conditioned offices but elsewhere the decision about whether to wear a mask would now be voluntary.

The government recently announced it intended to bolster herd immunity among its population of 16.5 million people with third and fourth booster shots and end the mandatory wearing of masks as part of a gradual reopening of the country.

“In order to ensure the resilience of the mask mandate and avoid [high numbers of] infected cases, I would like to call on our people to receive at least three doses of Covid-19 vaccine, which is now mandatory,” he said on April 26.

“Even though I used the term ‘three doses is mandatory’, our citizens shall get the vaccine based on voluntary principles.”

The number of confirmed daily Covid-19 cases has plummeted in Cambodia.

On April 25, the health ministry reported just two cases, taking the number of confirmed cases to 136,230 with 3,056 deaths — the lowest infection rate in Southeast Asia. Both cases were confirmed as the Omicron variant.

“This is really good news. The economy has been crushed by the pandemic, and it’s been slow going ever since the government began reopening the country almost five months ago,” said one financial analyst who declined to be named.

“No masks will certainly help the tourism industry. The idea that international tourists must wear masks around Angkor Wat when the numbers of confirmed daily cases are at such extremely low levels seems more than a bit much.”

Cambodia has won widespread praise for a swift rollout of its vaccination program with 93 percent of the population now vaccinated against the disease. Of those, eight million have received their third shot and 1.4 million their fourth jab.

In a separate statement, Hun Sen said a further 20 million doses of Covid-19 vaccines from international sources would arrive shortly after one million doses were delivered from Italy on April 25. Cambodia currently has 11 million inoculations in stock.

China has been the biggest donor of vaccines since the pandemic erupted in early 2020. The United States, United Kingdom, Australia, Poland, the Netherlands and Hungary have also made significant contributions.