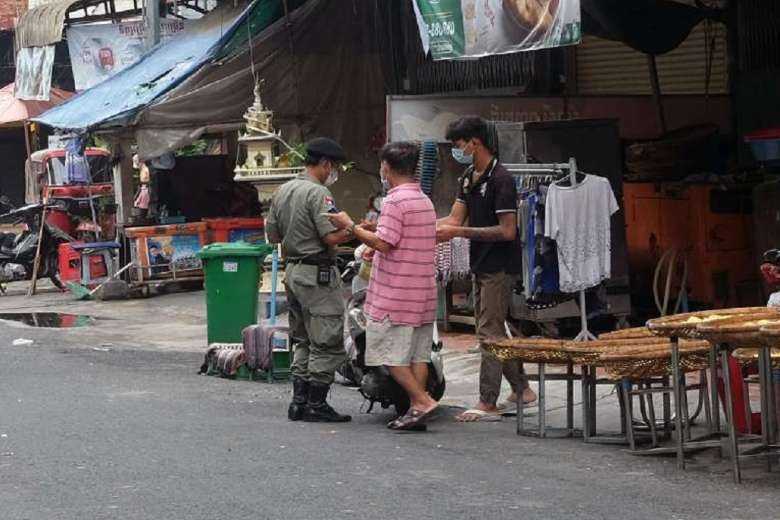 The Cambodian government has reimposed a nighttime curfew, closed eight provinces bordering Thailand and launched a crackdown across capital Phnom Penh focusing on businesses that have flouted laws designed to curb the spread of the pandemic.

The announcements were made by Prime Minister Hun Sen as the highly potent Delta variant, which is ravaging neighboring Thailand and Vietnam, continues to creep into the country from across Cambodia’s borders.

“Cambodia has also discovered the presence of the Delta variant brought by imported cases through foreign travelers, especially those from Thailand through the land border,” a government circular issued late on July 28 said.

“The recent discovery of growing numbers of the Delta variant among Cambodian workers returning from Thailand is a major concern and a significant threat.”

Eleven measures were declared in a bid to curb community spread. They were announced as military patrols were deployed in the capital’s nightlife districts where too many bar owners, sources say, have consistently ignored health laws.

That includes expatriate-owned bars and the more notorious hostess bars which have attempted to reopen as restaurants since the last lockdown ended in May. Despite a swift vaccination rollout, about 75 percent of Cambodia’s 16 million people have not yet been fully inoculated.

We must act urgently, act responsibly together. The current Covid-19 tools and measures help confront new challenges if implemented effectively

As a result, the government has banned dining in at restaurants, while genuine restaurants are restricted to serving takeaway orders only and all premises that cannot enforce social distancing rules must close.

The government stressed that high-risk areas included high-traffic areas such as markets, grocery stores, restaurants and other businesses as well as religious, traditional, sports or entertainment venues.

All travel from the affected provinces will be prohibited and provincial governors will have the ability to enforce curfews as well as red, orange and yellow zones.

In Phnom Penh a curfew will be imposed from 9pm to 3am and is scheduled to last two weeks, but extensions are expected after past experiences.

“Impose curfews from 9pm to 3am in parts or throughout territories under your jurisdiction, especially in Phnom Penh, provincial towns or urban areas,” Hun Sen told his governors.

Cambodia’s Covid case numbers have eased in recent weeks but remain high at around 700 a day, with nearly all cases and all deaths being reported since Feb. 20 when two women from China bribed their way out of quarantine and went partying.

Cambodia has confirmed 75,152 cases of Covid-19 with 67,692 recoveries and 1,339 deaths, but the Delta variant remains the country’s greatest fear.

Li Ailan, the World Health Organization's representative to Cambodia, recently warned that more cases of the Delta variant, first discovered in India, are expected in Cambodia.

“We must act urgently, act responsibly together. The current Covid-19 tools and measures help confront new challenges if implemented effectively,” she said on social media.