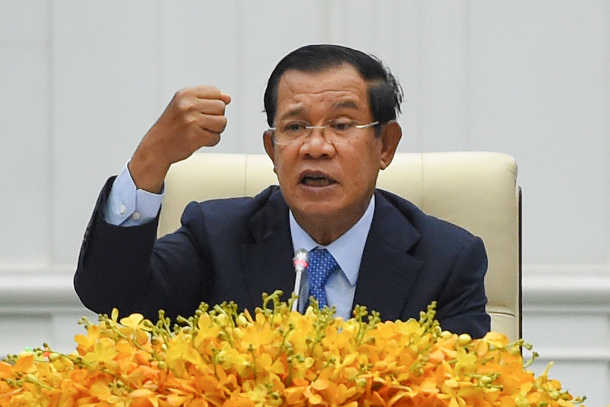 Cambodian Prime Minister Hun Sen has been accused of using the Covid-19 pandemic as an excuse to introduce a new law that empowers him to restrict civil and political rights in the country.

Cambodia’s Council of Ministers on March 31 passed the "Law on Governing the Country in a State of Emergency" bill, purportedly to help the government take stern measures to check the spread of the coronavirus. Human Rights Watch says the bill would allow the government to “restrict all civil and political liberties and target human rights, democracy and media groups.”The law allows the government to restrict travel, including people leaving their homes. It can prohibit meetings and gatherings. It also empowers the government to put citizens under surveillance and ban or limit the publication of news.The new law empowers the government to ban business and shut down public and private space. It also allows the state to use the army in enforcing the law.The government is using the Covid-19 pandemic “as a pretext to assert absolute power over all aspects of civil, political, social and economic life — all without any time limits or checks on abuses of power,” said Brad Adams, Asia director of Human Rights Watch.Although approved by the council, the draft bill is not yet law as the only person authorized to declare a state of emergency is Cambodia’s King Norodom Sihamoni. Before the king does that, the nation’s constitution requires him to agree on it with the prime minister and the presidents of the Senate and National Assembly.However, Cambodia’s one-party National Assembly, considered a rubber-stamp parliament, is expected to pass it when it comes to a vote around mid-April, reports said.Even before the coronavirus crisis, Hun Sen “ran roughshod over human rights, so these sweeping, undefined and unchecked powers should set off alarm bells among Cambodia’s friends and donors,” Adams said in an April 2 statement.The rights group called on the government to withdraw the draft law and introduce a new one that would not cripple the civil and political freedom of ordinary people.Chhin Malin, a ministry of justice spokesman, dismissed the criticism. “Before criticizing us, I would like Human Rights Watch to look at other countries’ laws in the context of the Covid-19 outbreak,” he told Radio Free Asia.Leng Peng Long, Cambodia’s National Assembly spokesman, said members of parliament would take up the draft bill as soon as possible as quick action is needed to protect the public.The International Covenant on Civil and Political Rights, to which Cambodia is a party, allows countries to adopt exceptional and temporary restrictions on certain rights. But the measures must be only those “strictly required by the exigencies of the situation,” it says.