Firebrand accuses evangelical clergyman of preaching in a Buddhist area 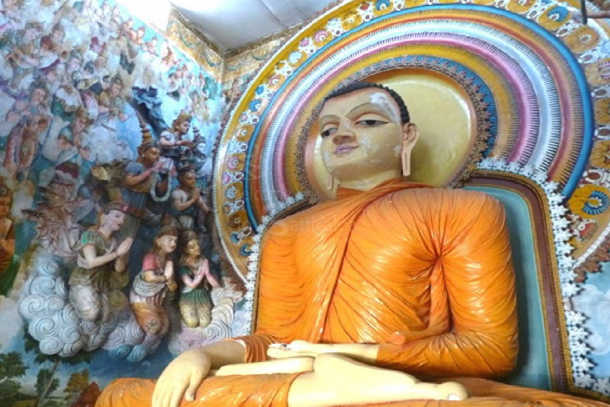 Religious leaders have called for calm in Sri Lanka after videos of a Buddhist monk attacking a Christian pastor went viral on social media.

The monk had accused the Christian cleric of forcible conversion in a Buddhist area.

The monk used profane language in his assault on the pastor and his followers. Some people have condemned his actions but for others he has become a hero.

The monk has stated that Fonseka is not a Catholic priest but the pastor of an evangelical church.

Father Jude Chryshantha Fernando, director of archdiocesan social communications, said that the individual in question is not a member of the Catholic Church. According to Father Fernando, he is a married man belonging to an evangelical denomination.

Pastor Fonseka said he is a member of the Sri Lankan Apostolic Church. He added that there are no rules against matrimony and wearing a cassock. The pastor is accused of promoting Christianity in a predominantly Buddhist area.

Bishop Asiri Priyalal Perera, president of the Methodist Church of Sri Lanka, appealed for calm after videos of the monk went viral over the past few days.

"We urge Christians and all peace-loving people not to react to these videos, which can cause religious tension and disharmony in our motherland," said Bishop Perera.

"I am also displeased with religious dignitaries of one religion taking the law into their hands to do policing over another legitimate religion that has the right to function, practice and publicly proclaim its own faith in this land."

Methsiri de Alwis, a 57-year-old Buddhist, said: "Our Lord Buddha preached that we should respect other religions. Every monk who claims to be a follower of the Lord Buddha can see that the time has come for them to ask whether their words, deeds and thoughts follow the Buddha's teachings or disrespect them.

"The shameful behavior of the thugs who are taking the law into their own hands has now spread to the extent of being bold enough to be recorded and distributed via social media."