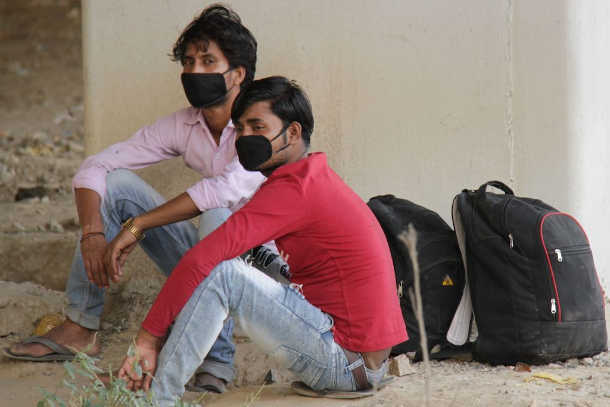 An Indian priest is pressing for enforcement of a law to protect migrant workers as they start to return to urban areas after returning home during the coronavirus lockdown.

The Inter-State Migrant Workmen Act of 1979, which has yet to be passed in the Rajya Sabha or upper house of parliament, has provisions to safeguard issues such as minimum wages, working hours and health facilities.

Father Jaison Vadassery, secretary to the Conference of Catholic Bishops’ of India (CCBI) Commission for Migrants, said the Church has been requesting the government to pass the act.

He said the 1979 act is applicable to all establishments and contractors employing five or more migrant workmen from other states.

He said the registration of establishments with authorities creates a system of accountability and transparency. The law also helps the government to keep track of migrant workers and provide legal help for improving their conditions.

According to media reports, engineering firms have been bringing back workers to complete metro projects in Mumbai.

The northern state of Punjab is even hiring buses and booking train tickets to bring back migrant workers for the paddy harvesting season.

“We are trying to push this law to pass in parliament as we all witnessed the plight of the migrant workers during the mass exodus when the country went into lockdown to fight Covid-19,” said Father Vadassery.

He said the crisis had indicated an immediate need for proper data to ensure steps can be taken in a timely manner to protect workers’ welfare.

The exodus of migrant workers became a humanitarian crisis, with many walking on roads and railway tracks to return to their home states.

In Maharashtra’s Aurangabad district, at least 16 migrants were killed by a goods train in May, while at least 100 others were killed in road accidents across India.