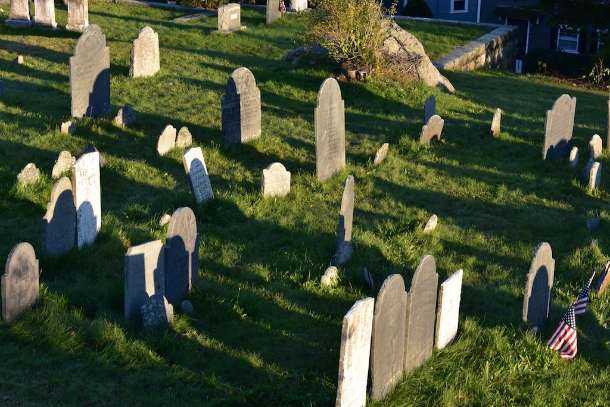 The World Health Organization has provided guidelines on how burials should be carried out. (Photo: Unsplash)

Activists said that religious customs and final rites must be treated with humanity and mutual respect, and certain communities should not be made to bear an additional burden in the interests of public health.

"Muslims have been forced to live in the shadow of the pandemic, not only in fear of being infected with the virus and racial profiling but also in fear of being denied their last rites if they succumb to this disease," stated a petition signed by 2,078 rights activists on Nov. 10.

The activists said the practice of cremation goes against the fundamental teachings of Islam, which prohibits cremation as it is believed to be a desecration of the deceased; the soul and body remain connected after death.

"We have heard from our Muslim sisters and brothers of how their elderly and sick are living in fear. They fear that even if they succumb to another illness, they would be denied last rites in accordance with their religious beliefs and cultural practices," said the activists.

The country made cremations compulsory for coronavirus victims in April, ignoring protests from minority Muslims.

The government issued a new gazette (regulation) regarding the cremation of the corpses of Covid-19 victims. According to the gazette notification, the corpse of a person who has died should be cremated at a temperature of 800 to 1,200 degrees Celsius for a minimum period of 45 minutes to one hour for complete burning.

"We have been told how persons found positive of Covid-19 are taken away and isolated from their families," activists said.

The family are allowed little or no contact with the patient thereafter. Families that cannot afford luxury private quarantine facilities are taken to quarantine centers located far away from their loved ones in remote locations.

Activists said that most of the affected are from economically vulnerable families. Hence, in addition to the financial pressures they are facing, Muslim families whose loved ones succumb to Covid-19 are now forced bear the additional hardship of purchasing coffins costing thousands of rupees.

"There is no practice of purchasing coffins in the Muslim community as bodies are wrapped in cloth and buried," the activists said.

"We should not have to describe the additional mental pain and anguish caused to families grieving their dead as a result of imposing a practice that is fundamentally against Muslim religious beliefs, at a time when they are not even able to pay respects to the body, in keeping with health guidelines.

"In countries with a high death toll such as Italy, or countries with a small land mass such as the Maldives, the question of burial versus cremation has not even arisen. They have continued to dispose of their dead as they would for any other illness, with additional special precautions."

The World Health Organization (WHO) has provided clear guidelines on how burials should be carried out. It states that the dignity of the dead, their cultural and religious traditions, and their families should be respected and protected throughout the process of the final rites.

"We know the pain of the living when our loved ones depart, thus, it is the responsibility of the living to radiate metta to ease their pain. Religious customs and final rites must be treated with humanity and mutual respect, and certain communities should not be made to bear an additional burden in the interest of public health," activists said.

"We urge our women parliamentarians, to both expedite the committee decision on the question of burial, and also to use your presence in parliament, irrespective of political allegiances, to question the need for mandatory cremation."

Catholics Oshala Lakmal and Ranmal Anthony Amerasinghe filed separate fundamental rights violation petitions in the Supreme Court challenging the gazette notification that a body related to death either confirmed or suspected of Covid-19 should be cremated within 24 hours, preferably within 12 hours.

A Christian priest speaking on condition of anonymity said extremist Buddhist forces are using their influence with the government against the Muslim community.

Human Rights Watch and Amnesty International and other international bodies have spoken out against the forced cremation of Muslims.

Justice Minister Ali Sabri said that even the WHO had recommended health authorities bury the bodies of victims and asked officials to look into the possibility of this being done in Sri Lanka.

But Health Ministry officials have come forward stating that there has been no change in the current cremation procedure.

Opposition politicians have expressed concern over the Ministry of Health's failure to respond to a six-month-old request by medical experts to appoint an impartial panel of experts to reach a final decision on the deaths of Muslims who died of Covid-19.