Call for justice over alleged attack on Indonesian journalist 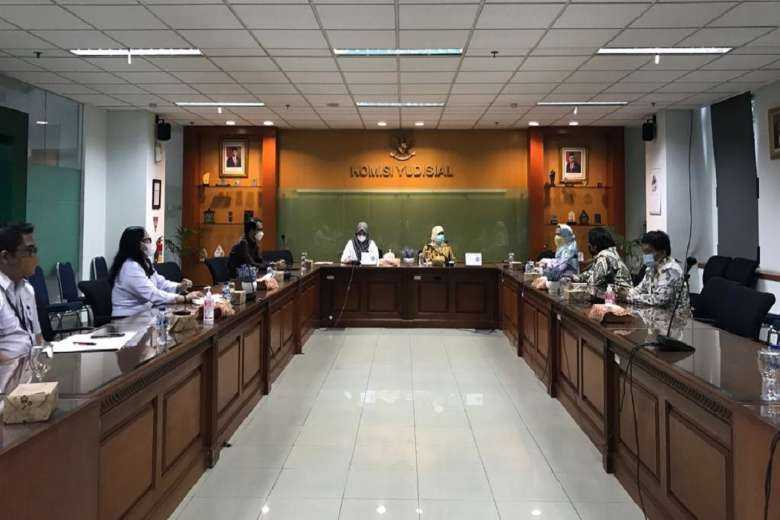 The Alliance of Independent Journalists meets with representatives of the Judicial Commission on Nov. 1 in Jakarta. (Photo supplied)

A group of Indonesian journalists have urged the country’s Judicial Commission to ensure justice is served in a legal case against two policemen accused of assaulting a reporter earlier this year.

In a Nov. 1 statement, the Alliance of Independent Journalists (AJI) said it fears the courts will not act impartially and lean towards a favorable outcome for the two officers because they are policemen.

They said the case was an important one as it is being seen as a test of Indonesia's commitment to protecting press freedom.

The case involves a journalist with the Tempo news portal named Nurhadi who was allegedly assaulted by the policemen in late March when trying to report on a bribery scandal involving Angin Prayitno Aji, the now former director of investigations and tax collection at the Finance Ministry.

The accused policemen were reportedly moonlighting as Aji’s bodyguards. They claim they were trying to prevent the reporter from gatecrashing the wedding reception of the former official’s daughter in Surabaya, East Java province.

They also allegedly took the reporter’s mobile phone and deleted files before destroying the SIM card.

Nurhadi has received protection from the Witness and Victim Protection Agency since he filed a police report against the policemen three days after the incident. The first hearing of the case took place in Surabaya District Court in mid-September.

“We call on the Judicial Commission to closely monitor legal proceedings in order to ensure transparency and justice,” Sasmito Madrim, who heads the journalists' group, said during a recent meeting with the commission in Jakarta.

He questioned why the policemen remained free and were still working despite being on trial.

“We hope these legal proceedings demonstrate justice for the victim because the case has tainted democracy and press freedom in this country,” he said.

Speaking to UCA News on Nov. 2, Madrim said: “All we want is for the judges and prosecutors do their best to bring justice to the victim. This is because the two suspects remain free.”

Judicial Commissioner Sukma Violetta agreed to ensure the judges handled the case fairly and according to the law.

“If you find the legal proceedings discriminative, let us know. If the victim’s testimonies are ignored by judges … let us know. We will check with the judges to ensure things are above board,” she said.