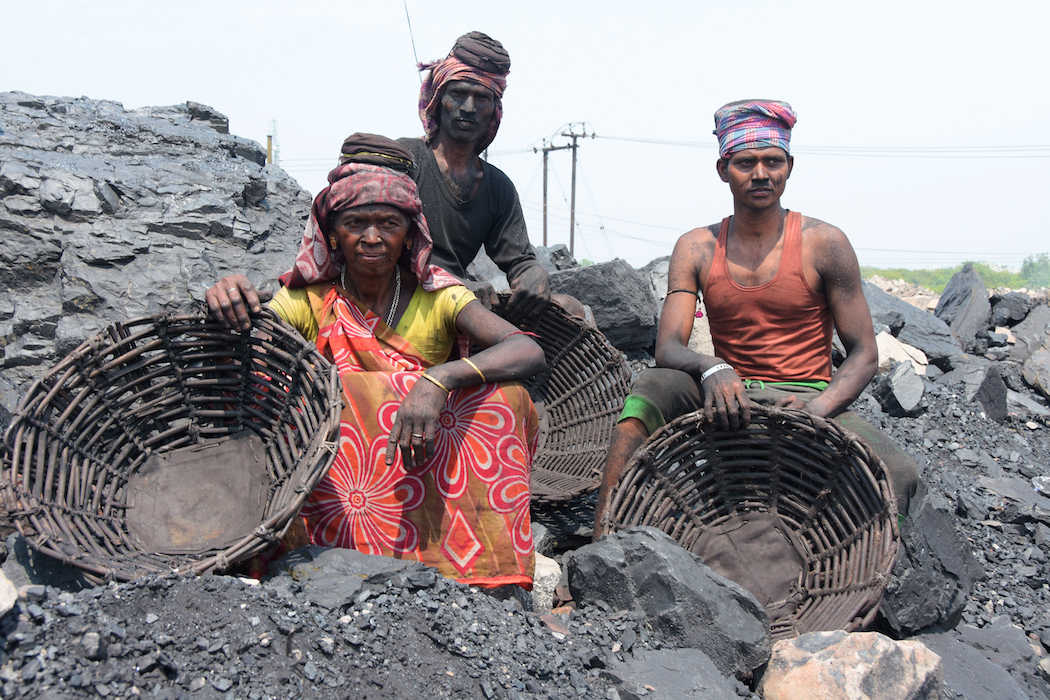 Indian coal loaders take a rest at a Bharat Coking Coal Limited open-cast mine in Dhanbad in the eastern state of Jharkhand on April 30. (Photo by AFP)

Jesuit institutions should withdraw from investments in the fossil fuel industry, according to environmental campaigner Father Pedro Walpole.

He is the coordinator of Ecology and Jesuits in Communication (Ecojesuit) and research director of the Institute of Environmental Science for Social Change in the Philippines.

In a video produced by Ecojesuit, Father Walpole stresses that climate change, as evidenced by extreme weather events such as typhoons, requires immediate action to stem the use of fossil fuels.

Mining of these and other resources had resulted in the destruction of numerous indigenous communities around the world, Father Walpole said.

"We are gradually leading by example and cleaning up our own habits, but we need to do more," he added.

"We need to clean up our own institutional portfolios to encourage the spread of green energy."

The Australian Jesuit Province in June last year committed to divesting from fossil fuels and continue positive investments in areas such as social bonds, wind turbine farms and solar energy.

Ecojesuit is an online platform initiated by the Jesuit European Social Centre and the Jesuit Conference of Asia Pacific to promote global ecological collaboration and networking.