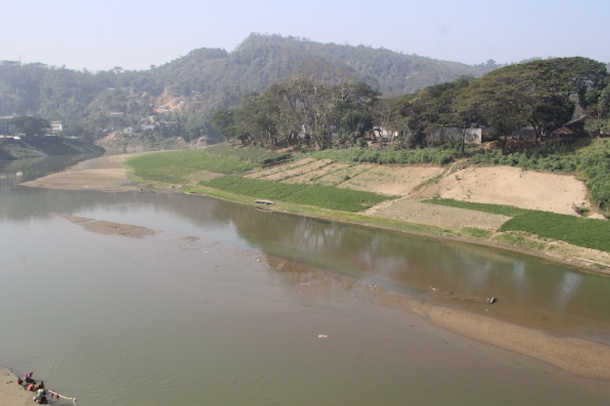 The Catholic Church and rights activists have called for an end to political rivalry and deadly violence in the restive Chittagong Hill Tracts (CHT) region of Bangladesh following the killing of six members of an ethnic political party.

Shahidul Islam Chowdhury, an official at Bandarban police station, said a murder case has been filed but no one has been arrested yet.

“The incident will be investigated and the motive and perpetrators will be identified,” Chowdhury said.

The killing has spread panic among people in the area and authorities deployed police and soldiers on patrols, he added.

Political violence and killings are nothing new in the CHT, comprising hilly, forested Bandarban, Rangamati and Khagrachhari districts in southeastern Bangladesh. About 70 people, mostly leaders and members of ethnic political parties, have been killed in attacks and counter-attacks since 2017.

The CHT, bordering India and Myanmar, is Bangladesh’s only mountainous region and home to about 25 ethnic indigenous groups, mostly Buddhists and also some Christians.

Since the 1980s, the state-sponsored mass migration of Bengali Muslim settlers for attempted demographic changes in the CHT led to communal tensions and violence. It prompted militarization of the CHT and two decades of bush war between Shanti Bahini, an armed insurgent outfit of PCJSS, and the military, which ended with the 1997 peace accord.

A group of PCJSS leaders opposed the accord and formed a rival party called the United People's Democratic Front (UPDF), with both attacking each other time and again. In recent years, both the PCJSS and the UPDF have gone through splits leading to the formation of two new factions and intensifying rivalry and deadly violence.

Father Albert Soren, coordinator of the CHT Regional Commission for Justice and Peace for Chittagong Archdiocese, condemned the murders and called for an end to violence on the hills.

“Violence in the CHT spreads panic among priests who travel to villages under the surveillance of various political parties, and our people also live in fear. All kinds of violence must end and peace must be established,” Father Soren told UCA News

About two-thirds of the 32,000 Catholics in Chittagong hail from ethnic groups.

The archdiocese, led by Holy Cross Archbishop Moses M. Costa, has held dialogue programs with various groups including political parties and the administration, but with little success, the priest noted.

Sanjeeb Drong, secretary of Bangladesh Indigenous Peoples Forum (BIPF), an ethnic rights group, deplored the violence and called on the government to take responsibility for peace in the CHT.

“All killing is unacceptable and condemnable. The state and the government need to explain why it cannot ensure the safety and security of citizens,” Drong, an ethnic Garo Catholic, told UCA News.

He claimed that the failure to implement the CHT peace accord, unresolved land disputes between indigenous people and Bengali settlers, and divide-and-rule politics are to blame for the unrest and lack of peace on the hills.

“Twenty years have passed but the peace accord has not been implemented properly, which creates frustrations among people. On the other hand, forces are active to keep rivalry alive on the hills for vested interests. These root causes must be addressed to end conflicts and bring peace on the hills,” Drong added.