Taoist nuns pray for prosperity, happiness and world peace outside the Cultural Center in Hong Kong in this March 21, 2009 file photo. (Photo by Ted Aljibe/AFP)

Julia Ching straddled East and West. Hers is the story of a courageous Asian woman who experienced the generosity of conversion, and the challenging and sometimes cruel nature of convent life.

She battled not only cancer but the discrimination and subordination to which a woman, especially an Asian woman, was forced to endure in academic settings dominated by men in the late 20th century.

As a human and spiritual parable, I find her life story to be moving, intriguing, and illuminating.

Most people know Julia as a famous Sinologist who specialized in religion and philosophy. She wrote many books, two of which are essential reading for students of Confucian philosophers Zhu Xi and Wang Yangming.

Her analytical comparison of Christianity and other religions won such praise that the prize-winning Swiss Catholic priest and theologian Hans Küng considers her without peer.

But it is her autobiographical work, The Butterfly Healing: A Life Between East and West (1998), which takes us from Hong Kong to various Western countries via Taiwan, and elaborates on her losing battle against cancer, that is perhaps the most revealing.

Julia died in 2001 at the age of 67. I never had the pleasure of meeting her, but I got to know her vicariously through her writings and the memories relayed to me by her brother, Frank Chin, who I met two years later.

Frank authored the bestselling Ancestors (1988). For the last 30 years, he has been considered one of the most influential journalists and intellectuals in Hong Kong.

This was where the Ching family resettled after fleeing Shanghai during World War II to make a new life. Julia was born in 1934.

She attended Catholic schools from an early age — her girls-only high school was run by Italian Canossian nuns — and at 16, she decided to be baptized and encouraged her brother to follow suit. 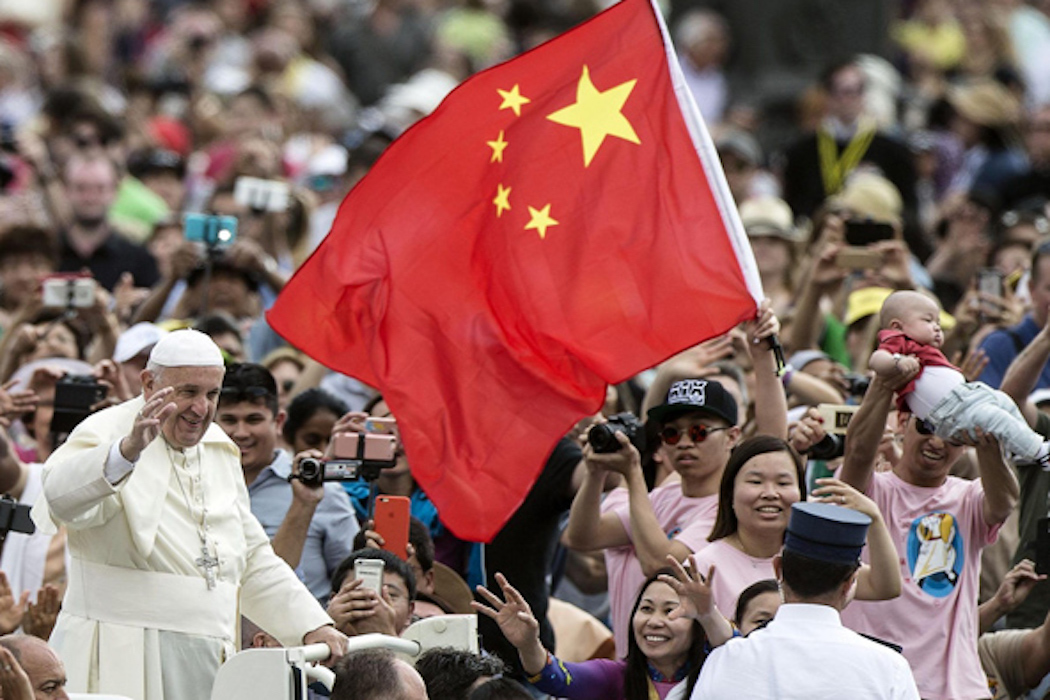 Influenced by her philosophy teacher, Sister Hilda, she decided to join the order as a nun. Julia recalled later how religious life was more attractive to young people in the U.S. in the 1950s.

She continued her studies, earning a master's degree from the Catholic University of America (Washington) with excellent grades, and was subsequently dispatched to a remote part of Taiwan, in a French-speaking community of nuns.

Julia was fluent in several languages but not French, making life a daily struggle. Julia Ching was a world expert on neo-Confucianism and the religions of China’s Song and Ming dynasties. (Photo supplied)

The first sign of cancer came in the form of a cyst on one of her breasts that she noticed while taking a shower one day. But when she reported this to her superior, the elder nun did not take any action to secure prompt medical attention.

According to Julia's memoirs, her superior not only showed a lack of sympathy but would read her private letters, a violation of the order's privacy rules.

This delay gave the disease time to spread. Some years later, out of a growing sense of estrangement, Julia abandoned her religious life. She even questioned her faith at times.

Julia returned to her academic research, earning a doctorate in Asian Studies at the National University of Australia (Canberra) before going on to teach at Columbia and Yale, and then lecturing at the University of Toronto. She was also a member of the Royal Society of Canada.

Along the way, Julia married Willard Oxtoby, a fellow scholar, and adopted a Chinese boy.

Her experience with the religious order so troubled Julia that she penned a letter to Sister Hilda, who by that time had risen to the rank of Superior General, denouncing the hostility of the elder nun in Taiwan.

Julia explained how the disease had imperiled her life. Sister Hilda urged her to forgive the nun and entrust herself to God. As recorded in her autobiography, Julia even started finding it hard to believe God existed.

Frank remembers calling her one afternoon in search of spiritual advice, and feeling confounded by her silence.

"What a pity," he told her. "You don't believe in anything anymore."

In the most moving part of her autobiography, Julia describes her fears and her conflicting relationship with God, who she knows she cannot escape.

"Where can I find the strength to fight on? Why has this happened to me? And who am I? Am I Chinese, American? Am I Catholic? Am I a former nun? Am I Confucian, Buddhist, or even Taoist? What do I believe in? In whom do I believe?"

"I still consider myself a Christian, even a Catholic, but I am also a Taoist and a Buddhist and even a Confucian. I'm from the Orient, and sickness and the expectation of healing have spurred me to return home, culturally,"  she wrote (pages 211-212).

"I was angry at God. But I also had no one to turn to … But in my conscious moments I have never criticized the Church that much. And I have never spoken out against my former life in a religious order. I still have to learn to forgive. The hardest people to forgive are myself and God." (page 134)

"While in the order I did surrender myself to Him. I even made a private pact with Him. I told God he could do anything with me, that I was ready to suffer anything … Maybe He took me literally. But I don’t believe in making these pacts any more,” she wrote (page 134).

"But in seeking healing on all levels, I'm also doing a religious duty. Healing is the essential meaning even of salvation, a word with a Latin root, salus, which means health. In fact, this is the basic goal in every life. 'I am in this world to serve God and to save my soul,' the old catechumen said. I've turned it round: God's put me in this world so that I may become whole, body and soul, and help others to become whole. Yes, there’ll be a final divine embrace, but there’s no need to rush the date," she wrote (page 217).

Yet her faith clung to her, and she kept praying the prayers learned during her years as a novitiate.

Julia died a Catholic and her funeral was celebrated with a Holy Mass.

Gianni Criveller is a missionary with the Pontifical Institute for Foreign Missions (PIME). After spending 27 years in Greater China, he currently serves as Dean of Studies at the Theological Missionary School PIME International Seminary in Monza, Milan. He also teaches in other Italian cities, as well as in Hong Kong and Macau. He frequently visits China, where he speaks about Christianity and religious policy.

This story was first published in Italian in the Vatican journal L'Osservatore Romano on Jan. 1, 2019, in the review Donne-Chiesa–Mondo.