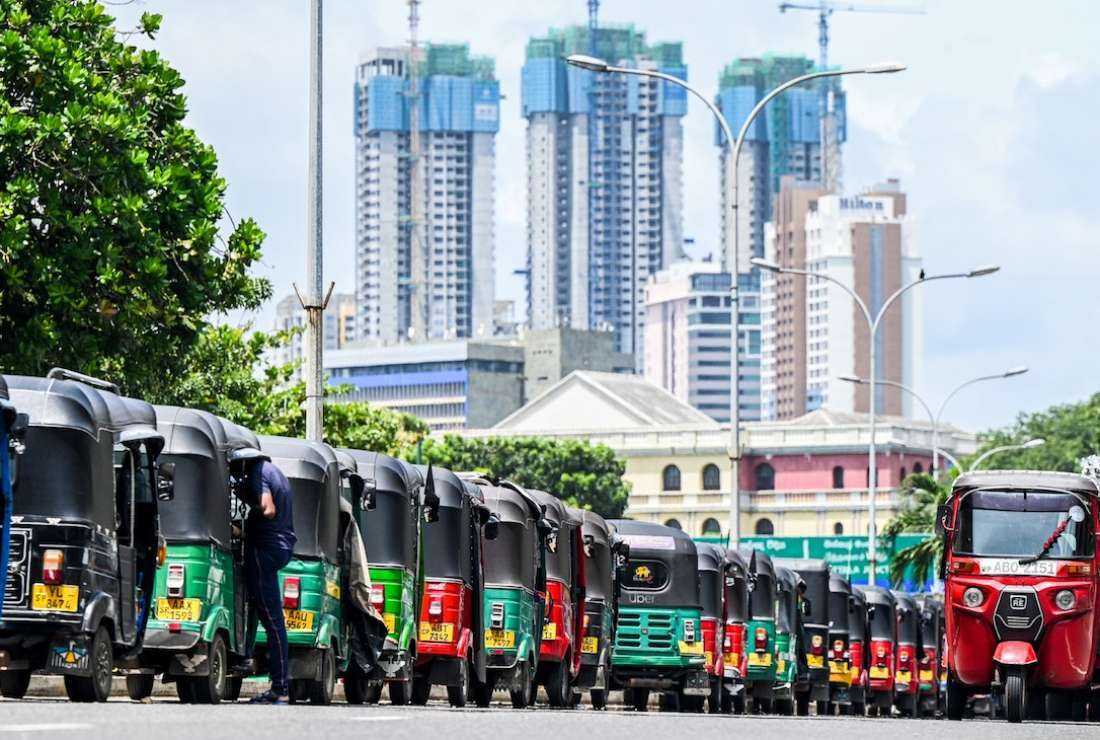 Rickshaws wait for petrol at a fuel station in Colombo on June 20. (Photo: AFP)

Religious leaders joined thousands of students from state universities in Sri Lanka’s capital Colombo demanding the president and prime minister resign over the worst economic crisis since independence in 1948.

Twenty-one protesters including a Buddhist monk were arrested by police following a protest held opposite the presidential secretariat and the Ministry of Finance on June 20.

The activists including Buddhist monks gathered around the president's office to symbolically protest President Gotabaya Rajapaksa's 73rd birthday. They were released on surety bail of 500,000 rupees (US$1,400) each when they were produced before a court.

Father Amila Jeewantha, a rights activist who supports the ongoing protests, said 21 people involved in the peaceful protest had been arbitrarily arrested.

"We ask when the state repression will stop. Don't try to halt the people's protests. The government must understand the agony of the people," the Catholic priest said.

"This is the most miserable day with the birth of the most inhuman, cruel, deaf and dumb leader in history. The public have to come out of their homes and protest to chase away the corrupt leaders."

Police said the protesters blocking the gates to the Finance Ministry prevented the secretary to the Ministry of Finance from leaving for discussions with a delegation from the International Monetary Fund (IMF).

The protesters said that although they do not believe that the current regime will receive proper international support, they consider the arrival of the IMF delegation as a positive development.

Transparency International filed a fundamental rights petition in the Supreme Court calling for action against those responsible for the economic crisis.

Protests demanding the resignation of President Rajapaksa started on April 9 in the capital. The protests in Colombo spread to other parts of the country with wider public support.

Sri Lanka is seeking to restructure debts of more than $50 billion it owes to foreign creditors.