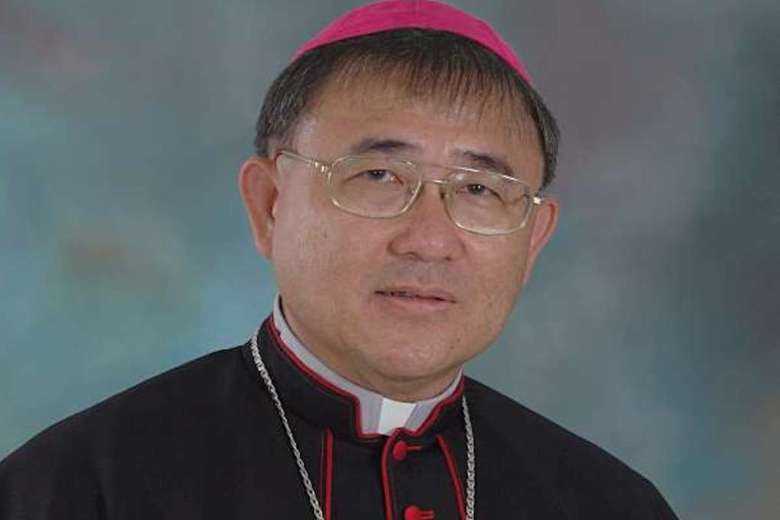 Cardinal Cornelius Sim, the bishop of Brunei Darussalam, has died following a cardiac arrest barely seven months after Pope Francis made him a cardinal. He was 70.

Cardinal Sim died on May 29 at a hospital in Taiwan, where he was undergoing treatment for cancer, announced Father Robert Leong, the vicariate’s vicar general. The prelate was hospitalized in Taiwan on May 8. He “gradually became weaker and lost most of his vitality. Sadly, he passed away this morning,” the priest said in a statement on Saturday.The funeral date for Cardinal Sim will be announced later, he added seeking prayers for the departed soul.The Catholic Bishops’ Conference of Malaysia-Singapore-Brunei in a statement said the bishops were “deeply saddened to announce” the death of cardinal Sim.“We invite you to pray for him in your masses and prayers,” said the statement of conference president Bishop Sebastian Francis of Penang in Malaysia.“Let us be in communion with his family members, clergy, religious and all the faithful of Brunei in this moment of loss and bereavement,” he added.The death of Cardinal Sim brings an end to the illustrious career of a churchman, who was made a cardinal at a consistory on November 28, 2020.Due to the Covid-19 travel restrictions, he did not attend the consistory in Rome.His appointment to the College of Cardinals was seen as part of Pope Francis' thrust to "go to the peripheries" to recognize that all communities as important in Church’s life, however small.“I believe the Church lives in the peripheries; the faith is alive in smaller countries. I think Pope Francis acknowledges that fact,” Cardinal Sim told UCA News in an exclusive interview following his elevation as a cardinal.The vicariate has only three priests to meet the pastoral needs of its 20,000 Catholics, most of them migrants from the Philippines, Indonesia, and Malaysia. Only about 10 percent are indigenous Bruneians.Cornelius Sim was born to Catholic parents, Lawrence Sim and Monica Yeo, in Seria, Brunei, on September 16, 1951, as the eldest of six siblings.He obtained a Diploma in Engineering from Maktab Teknik in Kuala Lumpur, Malaysia in 1971 and a Bachelor's degree in Electrical Engineering from Dundee University, Scotland in 1978.Cornelius Sim worked in Brunei and Holland for Shell, one of the world’s leading energy and petrochemical companies until 1985.In an interview with UCA News, Cardinal Sim said he had stopped practicing the Catholic faith as a university student, but the death of his father in 1979 made him realize the futilities of earthly life and brought him back to the Church.He joined priestly formation and obtained a master’s degree in Theology at the Franciscan University of Steubenville, Ohio, in 1988.He was ordained a priest on Nov. 26, 1989, becoming the first native priest and the second priest ordained in Brunei. He became vicar general in 1995.On Nov. 21, 1997, Pope John Paul II appointed him Prefect of the Apostolic Prefecture of Brunei and installed on Feb. 22, 1998.On December 16, 2020, he was named a member of the Congregation for the Clergy.Pope John Paul elevated the Prefecture of Brunei to the status of a Vicariate on Oct. 20, 2004, and appointed Sim the first Vicar Apostolic of Brunei. He was ordained a bishop on Jan. 21, 2005.