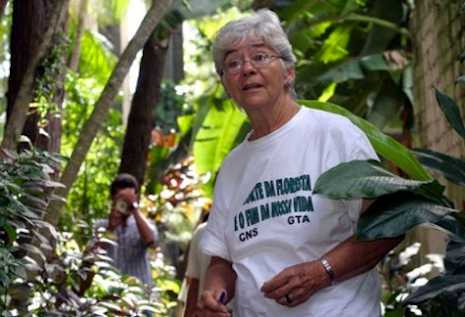 By Lisa Alves for Catholic Herald

A judge sentenced Moura to 30 years in prison after he was declared guilty just before midnight, the court in Para state said in a statement.

Moura has been tried three other times for the murder of Sister Dorothy, a naturalised Brazilian citizen who was a member of the Sisters of Notre Dame de Namur from Dayton, Ohio.

In 2007 Moura was sentenced to 30 years in jail for masterminding the assassination. In Brazil, if a person is sentenced for more than 20 years, he has the right to be retried with a new jury.

During the 2008 trial, Moura was declared innocent of the charges.

In 2009, the verdict was annulled by the courts of the state of Para, and Moura was tried again in 2010. He was found guilty and sentenced to 30 years. But the Brazilian Supreme Court ruled that Moura’s lawyers did not have enough time to prepare for the 2010 trial and ordered him to be tried again.

Sister Dorothy, 73 at the time of her death, had lived in the Amazon region for nearly four decades. She worked closely with the Brazilian bishops’ Pastoral Land Commission in favour of land rights for the poor and for sustainable development in the region.