Billions spent on stadiums should have gone to public services, it says 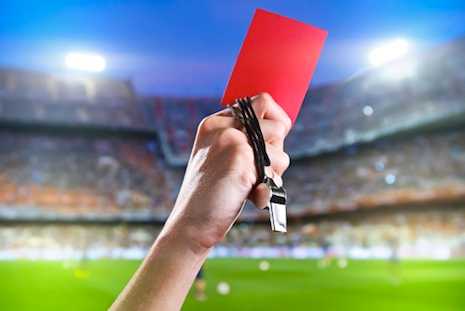 Pope Francis may be a die-hard soccer fan, but the Catholic church has given Brazil’s World Cup organizers a “red card” for spending billions of dollars on stadiums while failing to improve the country’s notoriously poor public services.

In a red card-shaped brochure distributed this week in churches and parishes across the world’s biggest Roman Catholic country, Brazil’s Bishops Conference urged the Brazilian government to respect people’s right to demonstrate against the month-long tournament that kicks off next Thursday.

“The Church wants to contribute to the public debate and express its concern with … the inversion of priorities in the use of public money that should go to health, education, basic sanitation, transportation and security,” it said.

That view is shared by many Brazilians who have taken to the streets sporadically over the past year to protest against spending on World Cup stadiums, which are widely viewed as symbols of waste in the South American nation.

More protests are expected during the tournament.

An ardent fan who often receives soccer shirts from worshippers during mass at the Vatican, Pope Francis, an Argentine, is expected to deliver a message of peace ahead of the World Cup.

In its brochure, the Brazilian church criticized World Cup organizers for evicting hundreds of poor people from areas near stadiums, ignoring environmental regulations and surrendering the sport to “big corporations.”

It also urged Brazilian authorities to combat sexual exploitation during the event, which is expected to attract 800,000 foreign soccer fans to Brazil.

The success of the World Cup, the bishops said, will not be measured by how much money it contributes to the local economy or the profit it will bring its sponsors.

“A victory for all will only be possible if some fundamental demands are met.”

In soccer, a red card is displayed by a referee to indicate that a player is being sent off the field for a flagrant violation.