Last night in Hong Kong, after he had appeared in court to face charges, Cardinal Joseph Zen celebrated Mass on the Feast of Mary Help of Christians, which was also the Feast of Our Lady of Sheshan and the Worldwide Day of Prayer for China.

People queued to get in to Holy Cross Church in Sai Wan Ho to attend a Mass celebrated by Hong Kong’s 90-year-old bishop emeritus. Perhaps they were conscious that it may be one of only a few remaining chances to hear this courageous prelate’s preaching or to receive the Blessed Sacrament from this very holy man.

Just hours after appearing in court alongside renowned barrister Margaret Ng, popular singer Denise Ho and others involved with the 612 Humanitarian Relief Fund, established to provide legal aid to democracy protesters facing prosecution, Cardinal Zen was doing what he does each day: praying, preaching and celebrating the Eucharist.

It was particularly apposite that it coincided with the release of horrific new evidence of the plight of the Uyghurs in Xinjiang. Research conducted by anthropologist Adrian Zenz revealed photographs of thousands of Uyghurs incarcerated in camps, threatened with a shoot-to-kill policy if they escape. The release of the Xinjiang Police Files on the Worldwide Day of Prayer for China seemed especially informative.

Yet, while the focus is on China, Hong Kong and the Uyghurs, with typical generosity of spirit and reciprocity, Cardinal Zen devoted his prayers to the church in Myanmar, under fire from an illegal military regime, and his fellow Salesian and Yangon’s archbishop, Cardinal Charles Bo.

Such solidarity is beautiful. It was Cardinal Bo who, a few days after Cardinal Zen’s May 11 arrest, issued one of the strongest statements of support. “My brother cardinal, His Eminence Joseph Zen, was arrested and faces charges simply because he served as a trustee of a fund which provided legal aid to activists facing court cases,” said Cardinal Bo in his capacity as president of the Federation of Asian Bishops’ Conferences. “In any system where the rule of law exists, providing assistance to help people facing prosecution meet their legal fees is a proper and accepted right. How can it be a crime to help accused persons have legal defense and representation?”

Just two weeks ago, I met a dissident who had spent almost a year in hiding in Yangon and finally made it to safety in London. His father, a prominent National League for Democracy (NLD) politician, has been sentenced to 16 years in jail

Cardinal Bo, who initiated a campaign last year to expand the annual day of prayer for China established by Pope Benedict XVI in 2007 into a global week of prayer, urged “Christians of all traditions everywhere to pray for Hong Kong especially, and the church in China, as well as the Uyghurs, Tibetans and others facing persecution in China, during that Week of Prayer, and to pray especially for Cardinal Zen on May 24 itself as we seek the prayers of Mary Help of Christians.”

He added: “For the people of Hong Kong, it is now increasingly difficult to speak out freely, so those of us outside Hong Kong who have a voice must use it on their behalf, and devote our prayers and efforts to showing solidarity with and support for them, in the hope that one day their freedoms will be restored.”

So it is quite right that Cardinal Zen should return the favor. Myanmar is in dire, urgent and constant need of prayer. Since the military coup on Feb. 1 last year, at least 1,861 people have been killed, 13,822 arrested and 1,979 are on the run, evading arrest, according to the Assistance Association of Political Prisoners.

Just two weeks ago, I met a dissident who had spent almost a year in hiding in Yangon and finally made it to safety in London. His father, a prominent National League for Democracy (NLD) politician, has been sentenced to 16 years in jail. And many, many churches have been bombed, raided, destroyed or desecrated.

Cardinal Bo’s response to Cardinal Zen’s arrest was in stark contrast to that of the Vatican’s secretary of state, Cardinal Pietro Parolin. Cardinal Bo emphasized truth, justice and freedom, while Cardinal Parolin said that “the most concrete hope is that initiatives such as this one will not complicate the already complex and not simple path of dialogue.”

The Catholic Church, of course, must always navigate a path of both prophetic speaking and dialogue, of standing up for justice and seeking reconciliation, of defending truth and freedom while seeking solutions

I humbly suggest to the men cloistered in the Vatican, secured by home comforts and freedom, that they ought to listen to the two Salesian cardinals from Asia.

The Catholic Church, of course, must always navigate a path of both prophetic speaking and dialogue, of standing up for justice and seeking reconciliation, of defending truth and freedom while seeking solutions. No one should pretend that it is an easy path.

But dialogue — which Cardinal Parolin describes as “the most concrete hope” — is only worthwhile if it is based on the defense of truth, freedom and justice. There can be, and usually are, compromises in dialogue, but such compromises must be over minor points. The church cannot compromise on fundamental values, basic virtues and core truths. Cardinal Zen and Cardinal Bo know that and have illustrated that. I fear Cardinal Parolin has forgotten this.

Cardinal Zen and Cardinal Bo are the two men in the Catholic Church who, more than any other, inspire me and have shaped my Catholic faith. I sometimes joke that as much as I love Rome, I am more of a Bo-Zen Catholic than a Roman Catholic. These two Salesian cardinals in Asia have sent the worldwide church a reminder. The church in Rome would do well to heed their message.

* Benedict Rogers is a human rights activist and writer. He is the co-founder and chief executive of Hong Kong Watch, senior analyst for East Asia at the international human rights organization CSW, co-founder and deputy chair of the UK Conservative Party Human Rights Commission, a member of the advisory group of the Inter-Parliamentary Alliance on China (IPAC) and a board member of the Stop Uyghur Genocide Campaign. He is the author of six books, including three books about Myanmar. His faith journey is told in his book From Burma to Rome: A Journey into the Catholic Church (Gracewing, 2015). The views expressed in this article are those of the author and do not necessarily reflect the official editorial position of UCA News.

PHILIP
We are edified by the great commitment of the retired Cardinal Zen. Persecution is not strange to the Church. It has withstood that for centuries and we are convinced that the truth will come out victorious.
Reply

JESS
How to deal with these corrupt Commies, infiltrating the World’s Democracies? https://unwatch.org/un-rights-envoy-received-200000-from-china-while-acting-for-beijing/
Reply 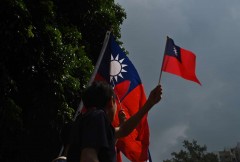