British tycoon says it would be 'inhumane' for the city-state to execute Nagaenthran K. Dharmalingam 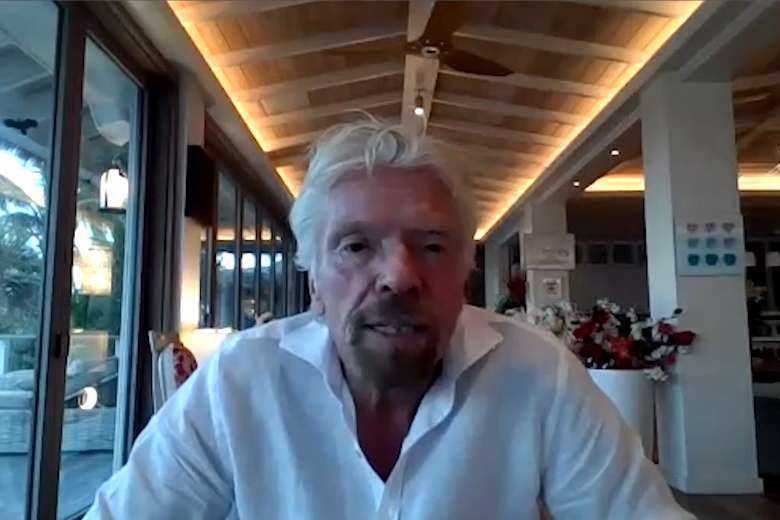 British tycoon Richard Branson speaks via a video call with AFP's office in Singapore from his home in the British Virgin Islands on April 26. (Photo: AFP)

British tycoon Richard Branson today urged Singapore to spare the life of a mentally disabled Malaysian facing execution, saying the death penalty was a "horrible blotch" on the city-state's reputation.

Nagaenthran K. Dharmalingam, convicted of trafficking a small amount of heroin into Singapore, is due to be hanged on April 27 after more than a decade on death row.

The planned execution has sparked an international outcry, with the United Nations and European Union among those condemning a punishment they say is cruel and ineffective as a deterrent.

"I really just hope that on Wednesday evening, she does not have this young man's death on her hands," said the billionaire founder of Virgin Group.

Branson, who is part of a group with other business leaders that campaigns against capital punishment, said they were urging the president to pardon Nagaenthran.

"It's just so inhumane. I don't think civilized countries should be in the business of killing their own people, or killing anybody"

While the president’s role is largely ceremonial in Singapore, Halimah has the power to grant clemency, which is effectively Nagaenthran’s last chance to be spared after exhausting the usual appeals process.

Branson said he had "enormous respect" for the financial hub but that capital punishment was the one aspect of Singapore that was "really negative."

"It's the one horrible blotch on its reputation," the 71-year-old said, speaking via video call from his home in the British Virgin Islands.

He urged the city-state to "abolish the death penalty altogether" and "do what most other civilized countries have done."

Nagaenthran, 34, was originally scheduled to be executed in November but lodged an appeal that was finally rejected by Singapore's top court last month.

He was arrested aged 21 as he tried to enter Singapore with a bundle of heroin weighing about 43 grams — equivalent to about three tablespoons.

Singapore defends its use of the death penalty, which it maintains for several offenses. Authorities insist that it has helped keep the city-state one of Asia's safest places

Supporters say he has an IQ of 69, a level recognized as a disability, and was coerced into committing the crime.

But authorities have defended his conviction, saying that legal rulings found he knew what he was doing at the time of the offense.

His mother was due to mount a further legal challenge at Singapore's Court of Appeal late on April 26. Chances of success look slim but Branson urged the judge hearing the case to "have some humanity for the mother of this young man."

Nagaenthran's case has also generated some concern in Singapore, and hundreds of people held a candlelight vigil at a downtown park on April 25 to protest the looming execution.

After a hiatus of more than two years, Singapore resumed executions last month when it put a drug trafficker to death.

Activists fear authorities are now set to embark on a wave of executions — another Malaysian convicted of drugs offenses is scheduled to be hanged on April 29, while several other death row convicts recently had appeals rejected.

Singapore defends its use of the death penalty, which it maintains for several offenses. Authorities insist that it has helped keep the city-state one of Asia's safest places.