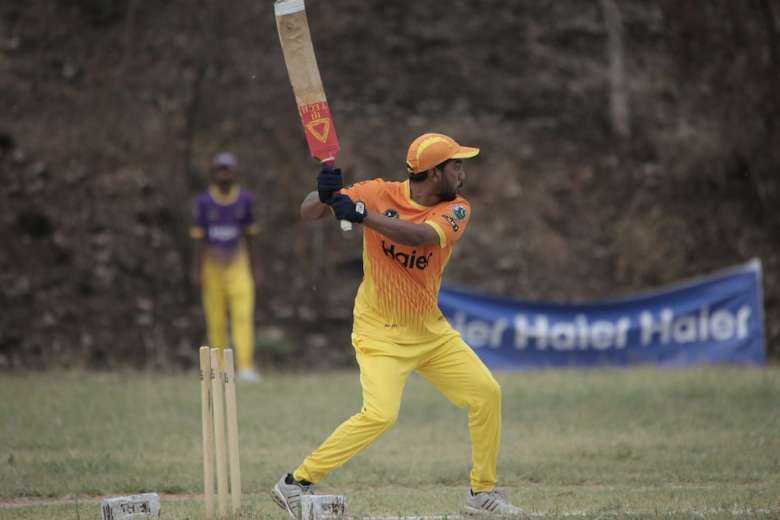 The Harmony Cricket League aims to give Christian players a better chance of reaching the top of the game in Muslim-majority Pakistan. (Photo: Christopher Sheriff)

In 2014, Ahsen Rizvi played first-class cricket in Pakistani capital Islamabad. Since then he has been sidelined by Muslim guest players.

However, the 30-year-old Catholic made history by lifting the first Christian-centered Harmony Cricket League (HCL) cup this week in neighboring Rawalpindi city.

Rizvi captained St. Thomas Tigers to victory over Fatima Disciples by seven wickets to win the final of HCL 2021 titled “Strengthening and connecting communities together” on July 12.

Church groups including the Catholic Diocese of Islamabad-Rawalpindi partnered Zalmi Foundation and the federal and Punjab governments in organizing the league that began on July 10 at St. Mary’s Academy Ground. Other participating teams included Salvation Army Soldiers, St. Stephen Titaniums and the Church of Pakistan.

“This is one of the proudest moments of my career spanning 15 years,” Rizvi told UCA News after lifting the trophy.

Zalmi Foundation, a non-profit organization associated with Peshawar Zalmi — a Pakistani franchise T20 cricket team — announced the victory in a tweet after the final.

It’s an opportunity to mainstream our players in the national team. This idea will promote interfaith harmony in society

“Shehryar Afridi [chairman of the parliamentary committee on Kashmir] appreciated the efforts of Zalmi Foundation to organize #HCL2021 to promote interfaith harmony and encouraged the young players at the closing ceremony. #BringingBackSmiles,” stated the foundation that planned the event.

Archbishop Joseph Arshad of Islamabad-Rawalpindi and the former moderator of the Church of Pakistan, Bishop Samuel Azariah of Raiwind, joined Afridi in distributing medals and trophies among the players.

“It’s a great initiative to bring Christian youth together from different sections of life. It’s an opportunity to mainstream our players in the national team. This idea will promote interfaith harmony in society,” Archbishop Arshad said.

Cardinal Joseph Coutts joined Punjab Sports Minister Rai Taimoor Bhatti and the bishops in inaugurating the tournament. “Harmony is actually the need of time. Thanks to our government for taking practical steps beyond conferences,” the cardinal said, pointing at the league banner.

The sports minister appreciated the organizers. “We own this league and all stakeholders have a role in it. Pakistan was formed so that all communities have the right to live freely in this country," said Bhatti.

In January, Prime Minister Imran Khan, a former top-class cricketer, reaffirmed the government's commitment to protect religious minorities, saying members of such communities are equal citizens of Pakistan and it is the state's duty to ensure their safety.

In the past seven decades as a test-playing nation, Pakistan has been represented in international matches by only seven non-Muslim cricketers: five Christians and two Hindus. However, all the players in the current national team are Muslims.

In 2005, cricket star Yousuf Youhana, born a Catholic, converted to Islam and adopted the name Mohammad Yousuf, depressing millions of minority Christians who used to cheer for the only Christian in the Pakistan team.

Earlier this month, a group of Christian youths complained to Punjab’s chief minister after being turned down by the police department because of their religion. Christopher Sheriff, country coordinator of the Church Cricket Chapter, claims the Harmony Cricket League will ensure the selection of a Christian player in the national team.

“Hopefully our community will get the good news by 2023. Players from the winning team as well as the man of the series will get exposure at the Pakistan Super League scheduled for November. An overweight youth has already been engaged with Zalmi Foundation’s nutritionist,” he said.

“We had asked for players between the ages of 18 to 22. Next time we shall reject players aged above 30. Announcements were made in seven churches of Islamabad-Rawalpindi Diocese to support their teams in the ground. Only a few Christian families showed up. The response from Muslims was overwhelming. Even military officers arrived with their families.

“Such attempts are an effort to discourage the glorification of terrorists and the legacy of the 1980s when Pakistan participated in the Afghan jihad. A counter-narrative is being built focusing on inclusion and equality to soften the image of our country.”

Zalmi Foundation is planning a Hindu league in October. Players from winning teams will face off with a madrasa (Islamic seminary) league next year.