At least 12.5 hectares of land have already been found to be 'viable' for farm use on Philippine tourist island 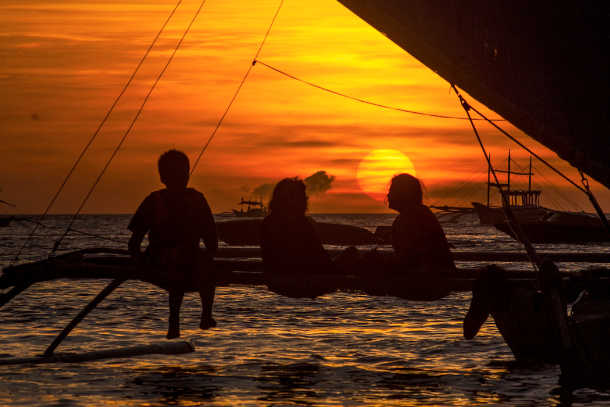 Philippine President Rodrigo Duterte has declared the island of Boracay, once dubbed as the "world's best island" as a "land reform area" that will be distributed to the poor. (Photo by Angie de Silva)

Tribal people living on world famous Boracay Island in the central Philippines are hoping against all hope that the government makes good on a promise to give them farmland.

Many residents, including tribal families, have been evicted over the last several months as the government implemented what it described as an island rehabilitation program.

A Catholic fact-finding mission in June found that at least 30 percent of householders facing displacement were original inhabitants of the island.

In June, President Rodrigo Duterte declared Boracay, the country's top tourist destination, a "land reform area" that will be distributed to the poor.

"I will give it to the people," said the president.

Duterte maintained that he wants indigenous people to reap and enjoy the benefits of living in the area. "I will give it to the natives," he said.

Tribal leader Delsa Justo told ucanews.com that government representatives have already visited the area and talked with people to discuss the process of land distribution.

Justo said the tribes were "thankful" to the government for the recognition of their rights. "But we don't understand what the government's plans and programs for us are," she said.

"We will just wait and see," said the tribal leader.

An agrarian reform official told ucanews.com they are trying "to fast track" the implementation of the president's order.

At least 12.5 hectares of land have already been found to be "viable farmland" for use by the natives. Some 44 tribal families were already reported to be on the list of recipients.

"After our ground inspection, we will coordinate with the [Environment Department] for the possible handover of land," said David Erro of the Agrarian Reform Office.

The only requirement is for families to promise that they will use the land only for farming.

Mediatrix Hernani, a representative of a group of people who claim to be landowners on the island, questioned the government plan.

"Our ancestors used to hire Atis to take care of our land on Boracay," said Hernani.

"Why is it that [tribal people] who were previously servants are being given land?" she asked.

Boracay, a small island located about 320 kilometers south of the capital, Manila, is known for its white beaches and beautiful sunsets.

In 2012, Travel and Leisure magazine ranked it as the "world's best island" but there has since been international exposure of myriad pollution and other environmental problems.

The Environment Department said only a third of the island, or about 292 hectares, has legal ownership and that it belongs to one family that started acquiring title deeds in 1931.