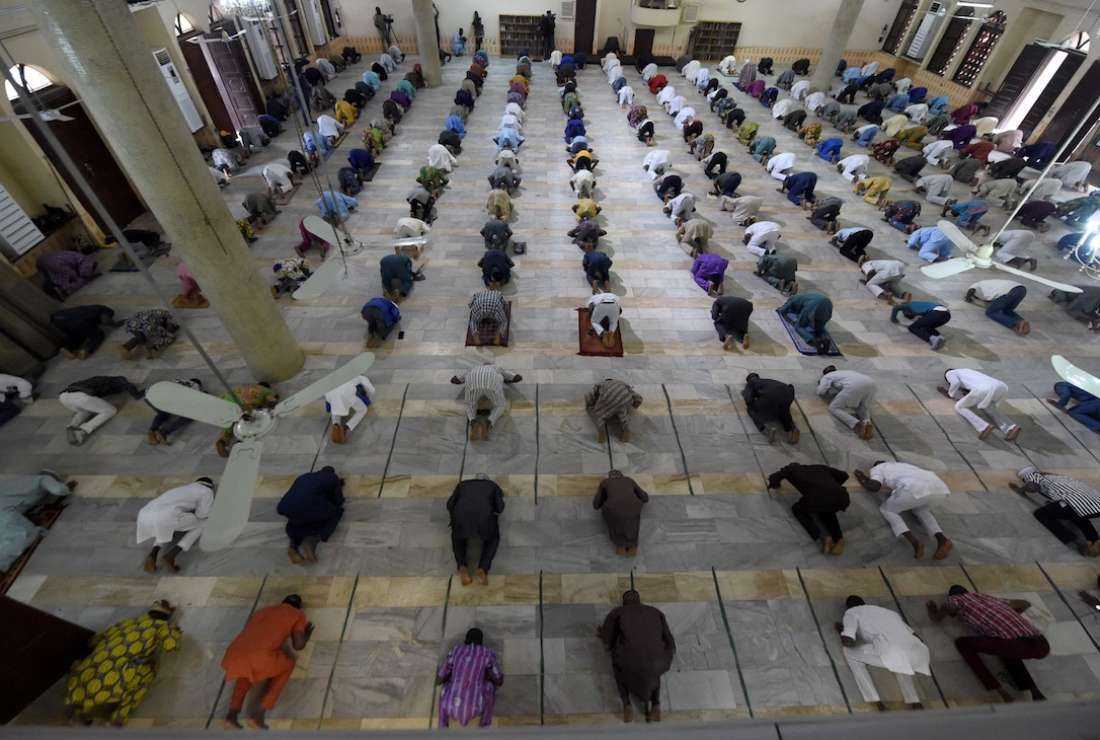 Nigerian Muslims pray in a mosque in Lagos. (Photo: AFP)

A sex worker has been killed in Lagos, southwest Nigeria, for keeping the Quran in her room.

According to eyewitnesses, a customer who often patronized Hannah Saliu had sex with her and paid her 1,000 naira (US$2.60). When he left her room, she discovered that 5,000 naira was missing.

The woman reportedly ran after him accusing him of stealing her money. This degenerated into an argument and the customer called his friends into Saliu’s room to look for the missing money.

It was while they were searching for the money that his friends reportedly found a copy of the Quran under her pillow.

They became infuriated, questioning why she was in possession of the Muslim holy book yet prostituting herself. The customer and his friends then pounced on her, beating her up and setting her ablaze.

The suspects were identified as Abubakar Musa, Sarauta Monsur and Surajo Yusuf. The case is with the State Criminal Investigation Department of Yaba, Lagos.

The incident is said to have happened in the Alaba Rago area where a lot of migrants from the north reside in the densely populated economic nerve center of Nigeria.

On May 12, Deborah Yakubu Emmanuel, a second-year student at Shehu Shagari College of Education in Sokoto, was lynched by fellow students for alleged blasphemy.

Rhoda Jatau, a nurse, escaped death in Warji in Bauchi state in a suspected blasphemy case.

A Muslim man, Ahmad Usman, was recently stoned and burned alive in Abuja after being accused of blasphemy.