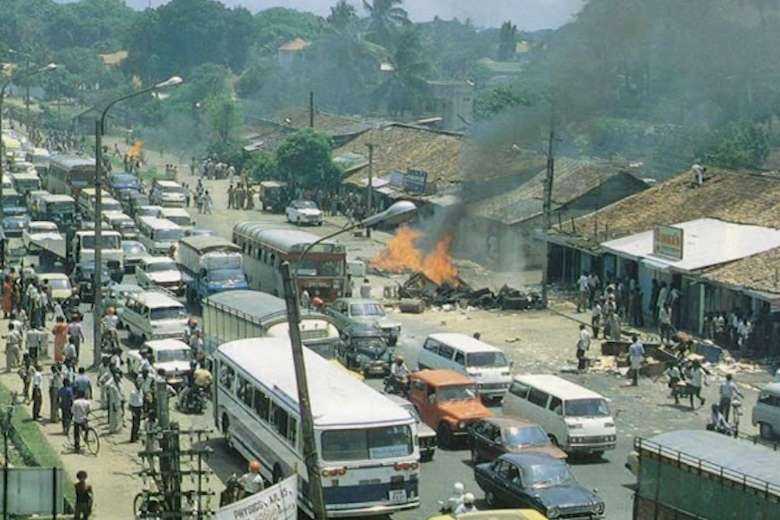 Ravi Abiram, 60, is of the view that the majority community in Sri Lanka believes that minorities should live under them.

Thirty-eight years have passed since the Black July massacre, but Abiram questions how a country can be reconciled if there is no sympathy.

"No one who was killed in Black July 1983 has received justice or compensation," said Abiram, a Tamil human rights defender who witnessed that dark episode in Sri Lankan history.

"Twelve years have passed since the end of the brutal war which killed thousands but reconciliation is still an illusion."

Hundreds of Sinhalese — the majority ethnic group — took part in a week-long massacre from July 24-30, killing up to 3,000 Tamils and injuring 25,000 as well as destroying thousands of homes and businesses.

The incident triggered a civil war that lasted 26 years and sent hundreds of thousands of Tamils into exile.

Two mobs came to Abiram’s rented room in Colombo but a Sinhala friend who worked at the police station saved his life.

To this day Abiram does not forget to send his best wishes to his Sinhala friend on his birthday and special occasions.

Suren Bopage, a Sinhala rights defender, said Tamils were killed and raped and had their property, crops and pets destroyed.

In addition, 58 Tamil prisoners were killed at Welikada prison during Black July.

"The Tamil National Cultural Council has put up posters in Jaffna to commemorate Black July this week but security forces have torn down them. The country has failed to bring the perpetrators to book even though 38 years have passed," said Bopage.

"The burning of Jaffna library in June 1981 by a Sinhala mob is a sensitive incident. The institution has emotional significance for the country's Tamil minority as it served several generations like a giant tower."

A Tamil Catholic priest from Jaffna Diocese said Father Hyacinth Singaraya David, a linguist and brilliant scholar, died of a heart attack when the mob set fire to Jaffna library.

"Reconciliation is becoming an illusion — permanent peace appears further on the horizon," said the priest, who wished to remain anonymous.

"Reconciliation is a process that requires visionary leaders willing to take risks and build trust between deeply divided communities."

Some mobs set fire to houses and I started to pray continuously. It was a really traumatic experience for me

A campaign was organized by the Christian Solidarity Movement to mark the 38th anniversary of Black July on July 20 near the Lipton Round in Colombo. Priests, nuns and activists participated with banners and posters.

They campaigned for a political solution to the ethnic problem, an end to militarization in the north and south, and an end to racism.

Chandraguptha Thenuwara, a renowned artist and activist, is hosting a memorial exhibition on Black July titled "Blinds" that runs until Aug. 20.

Abiram recalled his experience and said they could hear noises coming from next door and an hour later they could see clouds of thick black smoke.

“Some mobs set fire to houses and I started to pray continuously. It was a really traumatic experience for me. All the incidents have not been investigated and no one has been held accountable after all these years,” he said.