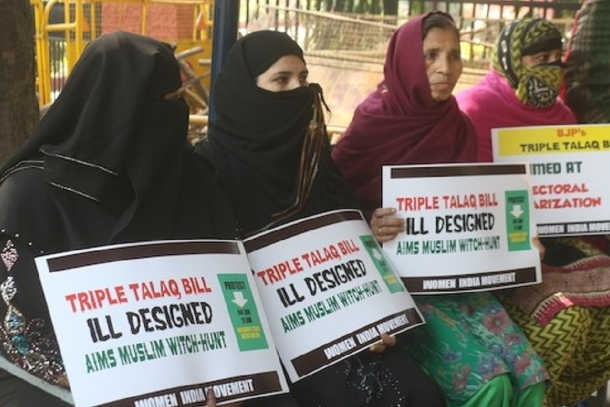 A Bharatiya Janata Party (BJP) leader in India's national capital has filed a plea with the Supreme Court seeking the removal of anomalies in divorce laws to make them uniform for all citizens.

Ashwini Kumar Upadhyay, also a lawyer at the apex court, sought directions to take steps without prejudice on the basis of religion, race, caste, sex or place of birth.

“Interesting. But why only divorce? Why not in everything? Let every citizen of this country receive an equal income, thereby abolishing the rich-poor division. Let every man and woman enjoy the same status. Can the BJP give up all the benefits they enjoy in power and share with every political party equally?” A.C. Michael, a former member of the Delhi Minorities Commission, told UCA News.

“The fact is that each religious group has its own rituals. Recently this government has given special powers to Muslim women against triple talaq [Muslim verbal divorce].

“Moreover, the Catholic Church does not recognize divorce. Instead it provides annulment for which a priest is given the powers of a magistrate.”

In his public interest litigation, Upadhyay said there should be “uniform grounds for divorce” in the spirit of the constitution and international conventions.

Article 14 provides guarantees of equality before the law and equal protection for all. Article 15 prohibits discrimination against any citizen on the grounds of religion, race, caste, sex or place of birth.

Article 21 guarantees that no person shall be deprived of his life and personal liberty except according to procedures established by law. Article 44 says the state shall endeavor to provide for its citizens a uniform civil code throughout India.

There has been an ongoing debate regarding the constitution's mandate to replace personal laws based on the scriptures and customs of each major religious community with a common set of rules governing every citizen.

"The Supreme Court may direct the Law Commission to examine the laws of divorce and suggest 'uniform grounds of divorce' for all citizens in the spirit of Articles 14, 15, 21 and 44 within three months,” said Upadhyay.

"If either partner is a foreign national, then they have to seek divorce under the Foreign Marriage Act of 1969. Hence, grounds for divorce are neither gender neutral nor religion neutral.”

Muhammad Arif, chairman of the Centre for Harmony and Peace, said minority groups not only in India but around the world are given special provisions and powers so that they may not lose their identities.

"Demanding a uniform code for divorce will be interfering with religion and tradition, so it may not be appreciated by minority groups in the country,” the Muslim leader said.

“For the best interests of one’s faith and religion, it is good that we should not get into personal customs and traditions as it is a very sensitive issue and can cause confusion among different religions.”