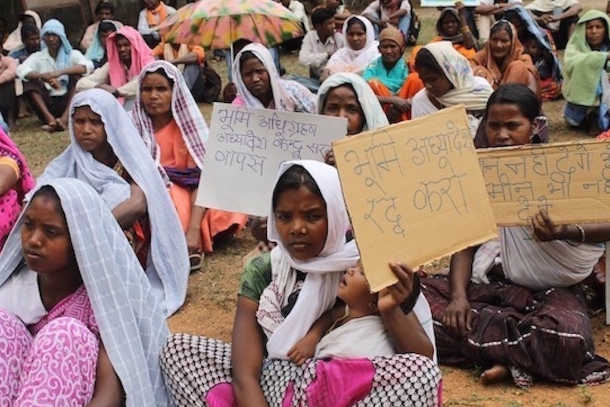 A Bharatiya Janata Party (BJP) spokesperson in the eastern Indian state of Jharkhand has alleged that religious conversion of tribals has become rampant during the present government.

"This not the first time the Hindu nationalist party or its wings like Vishwa Hindu Parishad (VHP) and Rashtriya Swayamsevak Sangh (RSS) has claimed that missionaries are involved in religious conversion. This is not true nor do they have any evidence to prove it," Father Fabianus Sinduria, who coordinates pastoral work in Daltonganj diocese, told UCA News.

A coalition of pro-Hindu parties led by BJP ruled the state. But a secular coalition unseated it in the 2019 state election. Since then, the BJP has intensified the allegations of conversion as an attack against the present government.

"The statement is political. They make such allegations so that they can remain in the media, and through it they can maintain contact with the people," Father Sinduria said.

"They want their voices to be heard that their party is also alive and doing some work. It is just politics and their politics is divide and rule, dividing people in the name of religion and caste," the priest said.

Taking to social media on July 9, Shahdeo quoted one such case of an alleged attempt of conversion of a tribal family in Kulgara village in Latehar district.

He also shared a copy of a complaint lodged by complainants named Shankar Bhuiyan and Kariman Bhuiyan on July 8. Shankar claimed that a person named Arsel Tirkey is forcing his son and his family to embrace Christianity.

In his complaint to the police, Shankar said Tirkey had visited their house several days ago and forced three other families, excluding his, to convert.

"When we came to know of these activities, we filed a first information report to the state as well as Latehar police," Shahdeo, the most senior BJP leader in the state, said.

He said the previous BJP government passed a law to stop conversion, which "needs to be enforced strictly."

The anti-conversion law passed in the state in 2017 stipulates that conversion by force or allurement shall be punished by up to three years' imprisonment and a fine of 50,000 rupees (US$800).

Those wishing to convert need to inform the top district official of the reasons and the place of conversion, or face prosecution. There are more severe punishments for using "force" to convert minors and women as well as members of tribal minorities and lower castes.

These laws require a person officiating conversion to inform state officials a month ahead of the ceremony. It also criminalizes conversion using fraud, force or allurement with jail terms and fines.

Allegations of conversion are political, and "it comes again and again because neither the ruling party leader nor the religious leaders here counter-attack them," Ratan Tirkey, a member of the Tribes Advisory Committee, Government of Jharkhand, told UCA News.

"They are making such allegations because they have no other issues to remain in the limelight. The time has come, and I urge our political and religious leaders to stand and show proof that there are no such cases in the state," the tribal leader said.

"We should challenge the BJP and its RSS and VHP wings to prove that there were religious conversion activities in the state. Ask them to come for an open debate," he said, adding that "political statements should be handled politically."

There are 1.4 million Christians out of a state population of 33 million, mostly tribal people.