English, French and Belgian bishops encourage a 'climate of welcome' in the face of illegal immigration into the UK 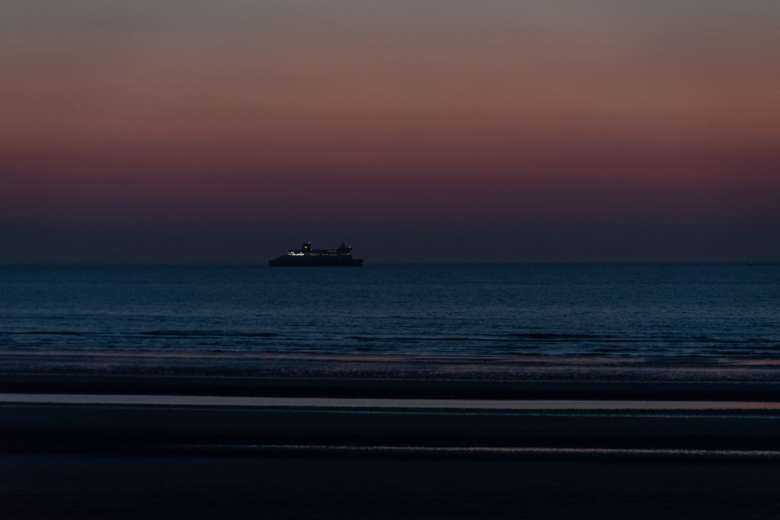 A ferry boat is seen crossing the Strait of Dover from a shore used by migrants to leave the French coast for the English one. (Photo: AFP)

Catholic and Anglican bishops of dioceses along the English Channel have called for "a climate of welcome" in the face of unprecedented numbers of migrants attempting to reach Britain in small boats.

In a June 18 statement, the six bishops also denounced the "prejudice and fear" they said were prompting politicians to introduce harsh measures to prevent migrants illegally entering Britain by crossing the channel, one of the busiest shipping lanes in the word.

The bishops said the migrants, who come disproportionately from Iran, "are fellow humans who deserve to be helped to find places where they can live in dignity and contribute to civil society."

In the statement to mark Refugee Week 2021, which began June 13, they encouraged Christians to pray for "better treatment of all vulnerable men, women and children."

"For ourselves, we resolve to work to encourage residents to create a climate of welcome and understanding for strangers who share in the hopes and needs of all humanity," the bishops said.

They lamented the "lack of hope" that "drives people in distress to become exploited by traffickers."

By mid-June, just over 5,000 migrants had crossed the Channel in small boats and rafts in 2021

But they said they were heartened by the humanitarian response of the many volunteers who "ignore the myths that lead to prejudice and fear that apparently prevent politicians from creating new and constructive policies that go beyond closing frontiers and employing more security staff."

It was also signed by Anglican Bishop Rose Hudson-Wilkin of Dover, England, and by Bishop Robert Innes of Gibraltar, the Anglican diocese covering continental Europe, Morocco and parts of the former Soviet Union.

The British government said border officials have prevented an additional 5,000 migrants from making the 21-mile trip this year alone.

Chris Philp, Britain's immigration compliance and justice minister, said in a statement posted June 14 on the Home Office website that the government's forthcoming New Plan for Immigration will further "lessen the incentive for people to risk their lives crossing the channel in small, unseaworthy boats."

He said the new measures would "break the deadly business model of people-smuggling gangs who use illegal routes to help economic migrants jump the queue, stopping us from properly supporting those in genuine need of protection."

In May, the Catholic bishops of England, Wales and Scotland protested against the plan, warning the government that tougher border security and a less-generous asylum system "risk driving more people into the hands of criminals."

Under the new proposals, the government will seek to return migrants to safe European countries from which they have arrived on the basis that they were not in danger of persecution. Migrants who cannot be immediately deported will be denied financial benefits and state support.