Preventing them from working abroad is imposing suffering on their families, they say Bishops in the Philippines have called for a flight ban on medical workers to be lifted so that health professionals can work abroad to feed their families. (Photo: Jeff Pachoud/AFP)

Catholic bishops have called on Philippine President Rodrigo Duterte to lift a flight ban on Filipino health workers so that they can work abroad and provide for their families.

Duterte banned health professionals from leaving the Philippines in April due to a “scarcity” of health workers in the country.

Presidential spokesperson Harry Roque said the reason for the ban is because doctors and nurses are needed to fight the pandemic back home.

“We need more health workers now. We cannot export what we do not have,” Roque said on national television.

Bishop Ruperto Santos of Balanga and retired Sorsogon Bishop Arturo Bastes, however, said the ban on doctors, nurses and medical staff added to the suffering of their families whose sources of income have been depleted due to mass layoffs.

“These OFWs [overseas Filipino workers] are the breadwinners of their families. They also spent huge amounts of money for their training and schooling ... Now, they cannot earn for their families,” Bishop Bastes said in a statement.

He said the flight ban may have been necessary before but this was not the case now because conditions had changed.

“When the pandemic started, we did not know how to proceed. But now it’s clear that the problem is not a lack of health workers, it’s a lack of medical facilities and equipment. We need more hospital beds and ventilators, rather than doctors and nurses,” said Bishop Bastes.

The travel restriction is “unreasonable” and “uncharitable” for the children of overseas workers, he said.

“Banning them [health workers] from working abroad is not a solution. Having a clear policy in handling the pandemic is the solution and it is certainly not to stop our medical professionals leaving the Philippines,” he added. 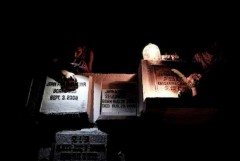 Govt bars visits to Philippine cemeteries on All Souls' Day 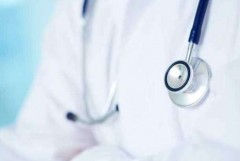 More than 2.8 million Filipino workers have lost their jobs due to mass retrenchment, according to government figures.

Meanwhile, 8,000 to 10,000 overseas workers were being laid off each month by foreign companies due to the Covid-19 fallout, according to Assistant Labor Secretary Dominique Tutay.

“To provide what they need and to promote better working conditions are the answers. To prohibit them from leaving the country despite having job offers means adding to the number of jobless Filipinos,” Bishop Santos said.