New ministers must now change rhetoric for concrete action for the Philippine people, they say 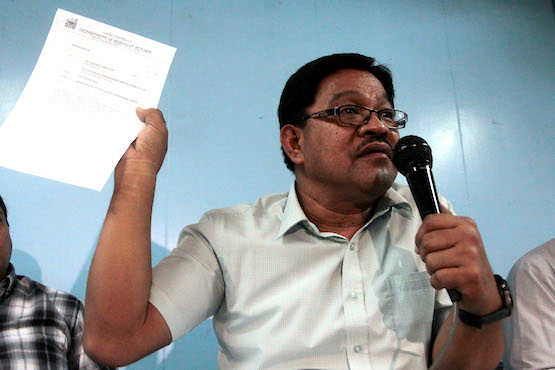 Rafael Mariano, a farmer and a long-time agrarian reform activist, is the Philippines new head of the Department of Agrarian Reform. (Photo by Jimmy Domingo)

Philippine church leaders have expressed their appreciation for the appointment of "pro-poor" officials in President Rodrigo Duterte's new administration.

"We appreciate the efforts that may look radical to many," said Franciscan Father Dexter Toledo who heads the Ecological Justice Interfaith Movement.

Among those appointed by Duterte is Rafael Mariano, a farmer and a long-time agrarian reform activist.

On his first day in office as agrarian reform minister, Mariano issued a "maintenance of status quo order" on a disputed landholding owned by the family of former president Benigno Aquino.

In 2012, the Philippine Supreme Court ordered the distribution of Hacienda Luisita in Tarlac province to some 6,000 farmers, but implementation of the order has been slow.

In his order,  Mariano emphasized that "no person should directly or indirectly dispossess or abet the dispossession of farmers presently occupying the land."

Mariano said control over agricultural land "must always be in the hands of farmers. He said, "no farmer will be evicted from the land he tills."

Archbishop Antonio Ledesma of Cagayan de Oro said "non-traditional politicians in the Duterte administration should continue to perform toward social justice and the common good."

Father Edu Gariguez, executive secretary of the social action secretariat of the bishops' conference, said he expects "more consultative, pro-people development, and implementation for the poor" of government projects by the new leaders.

The priest described Vice President Leni Robredo, who was named head of the government's housing and urban development body, as "someone who really has a heart for the people."

Gina Lopez as head of the Department of Environment and Natural Resources is "a good choice," said Father Gariguez.

"The people expect the new administration to translate the slogan 'change is coming' into concrete action," said Father Toledo.

Benedictine Sister Mary John Mananzan, a leading human rights activist, said "church people should cooperate with everything that is done for the people ... but should be vigilant and be critical when human rights are violated."

Father Pete Montallana, head of the Indigenous Peoples' Apostolate in the southern Luzon region, expressed hope that the new leaders will "see reality from the perspective of the poor."