Bishops' guidelines for voters: great in theory, not so great in practice 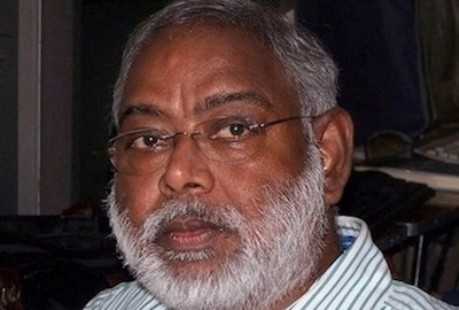 A few elections back, the Catholic Bishops Conference of India (CBCI) issued a 19-point set of guidelines for a new India, free of want, fear and exploitation.

The guidelines advised voters how to choose candidates and parties who would be good for India. The CBCI put its faith in those who promised to uphold the rule of law and pluralism in all matters, linguistic, ethnic and religious.

Voters were to shun those against secularism, communal harmony and respect of all religions, those who did not believe in the right to life “from womb” onwards, and those who were corrupt or had criminal records.

They were advised to reject those who trampled on human rights, civil liberties, gender justice, or espoused the caste system. And they demanded from political parties and election candidates a promise to work for justice for all, the eradication of poverty, devolution of power, and the basic rights of food, shelter, health, clothing and education.

In remarkably advanced thinking for the time, they also called for the right to eject candidates who won, and then failed to meet people’s expectations in fulfilling the promises.

Almost 20 years on, not much has changed. India still rates among the lowest of the low internationally, in poverty, child health, basic education and other human needs.

The gap between rich and poor grows, even though the country boasts a 200 million strong middle class now seeking to impose its self-serving politics on the entire nation.

Violence against women is rampant, and corruption rules. Violence against Muslims and Christians remains a black mark on the nation. Multinational and local industrial giants are leveling sacred hills and denuding pristine forests, polluting both the air and the water with effluents.

Recent press reports have suggested that the Catholic bishops will issue a statement on the general election due in April or May this year.

There were high expectations that the prelates would build on the guidelines issued 20 years ago at their week-long plenary in Kerala, which ended on February 12. It was expected that they would help people understand and deal with the more complex politics of 2014.

He listed a five-point list of desirable attributes for those contesting the next election -- secularism and the care of religious minorities; the rights of tribals in their homelands; a pro-poor economy;  security for women and children, and full rights for Dalit Christians.

The last, a new point, is of some importance, coming soon after the December 11 dispersal of a major protest in Delhi in which police baton charged and used water cannon on Christian Dalits.

The general CBCI statement, issued a day after the pastoral letter, added that the lives of farmers and plantation owners of Kerala’s forested uplands, the Western Ghats, would be threatened if the government were to implement recommendations by a scientific committee which called for an end to human exploitation of the environment in such tracts.

Many people to be impacted are Catholics and the bishops have been campaigning for them for some time now.

Now the new CBCI president, Cardinal Moran Mar Baselios Cleemis, has highlighted one significant program for the future -- sensitizing and training the laity, especially young people, to enable them to participate in the political process.

“Though the Church doesn’t have any intention of political gain it would be a dereliction of our duties if we don’t train youths, the values and principles,” he said.

This will not be an easy task, and is much too late to have any impact on these elections.

It could take another five years, if not longer, to have enough young people trained in ideology, values and strategy, to make their presence felt around the country.

The efforts of the Church in training young men and women have on the whole not been very successful. It may have boosted numbers of loyal, and pious, laity but they have not made a difference in enhancing Christian participation in politics, or incorporating Christian values in the political system.

Existing models of community political participation may not fit the bill for a country as large as India. In Christian majority states like Mizoram, Meghalaya and Nagaland, there is naturally a Christian presence in state assemblies and other bodies. But even there, votes go by tribes and religious denominations.

Kerala too is not the best model. With almost a quarter of the population professing being Christian, but divided sharply on denominational lines, there is a sizable presence of Christians in the state assembly and local administrations.

But the binary politics of Kerala, between the Marxists and the Congress Party, and the aggressive antipathy of the Church towards the Marxists, leaves no space to explore the full potential of training in ideologies, political economy and statecraft.

Little wonder that many Christian leaders in Kerala are praising Modi, the man accused of presiding over mass killings of Muslims in 2002, but who is riding high on a “development agenda” which largely translates into a promise of economic and industrial growth.

The CBCI document offers very little hope that the laity will really be empowered.

Till there is a new deal for the laity in the Church, training a few in the hope they will make a difference in Indian politics may remain a dream.