Vice President Maria Leonor Robredo has been fired as head of the Inter-Agency Committee on Anti-Illegal Drugs less than a month after her appointment. (Photo: Jire Carreon)

Two Catholic bishops in the Philippines have condemned the sacking of Vice President Maria Leonor Robredo as the country's anti-drug czarina, calling the move shameful.

Manila Auxiliary Bishop Broderick Pabillo said the dismissal of Robredo showed how fickle-minded and insecure Philippine President Rodrigo Duterte really is."The hiring and firing [of Robredo] show the fickleness of Duterte in the way he runs the country," said the prelate, adding that the president "has no plan at all and governs by his whims."Duterte fired Robredo from the Inter-Agency Committee on Anti-Illegal Drugs on Nov. 24, less than a month after appointing her as its co-head.Presidential spokesman Salvador Panelo said Robredo, a leader of the political opposition and a Duterte critic, "wasted" the chance "to make the campaign against illegal drugs better."
Related News 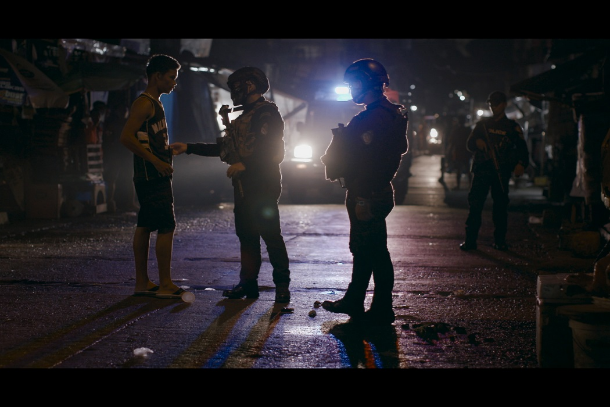 He accused the vice president of using her post as a platform to attack methods undertaken by Duterte and his administration in his drugs war."[Robredo] has not presented any new program that she envisioned to implement. In a campaign where people's lives are at risk, a day is an eternity," said the president's spokesman.Retired Bishop Arturo Bastes of Sorsogon said Robredo’s sacking was "shameful," adding that Duterte was treating the vice president "like a housemaid of his cabinet."The bishop said he believes the president was afraid that Robredo would discover dark secrets in the drug war."I think that the real reason for firing her is that she is going to discover criminal anomalies in the drug war including the suspicion that Duterte could be cuddling drug lords," said Bishop Bastes.Human rights groups claim that up to 30,000 suspected drug users and dealers have been killed in the government's bloody anti-narcotics campaign since 2016.The presidential palace said Robredo was fired in response to her supposed "taunt and dare" for the president "to just tell her that he wants her out."Duterte earlier said he "cannot trust" his "scatterbrain" vice president because she was with the opposition and he does not know her.During her short stint, Robredo held meetings with several local and foreign officials, including the United Nations Office on Drugs and Crime, on drug abuse and trafficking.The vice president said cleaning up drug lists would be a priority, particularly removing names of innocent people.Bishop Pabillo said the firing of Robredo shows the president's "tyrannical” side. "He cannot tolerate others who have different ways of doing things. He wants his own way at whatever cost it may be," he said.Church leaders earlier welcomed Robredo’s appointment as head of the body tasked with addressing the country’s illegal drug problem.The position gave the vice president, a critic of Duterte's drug war, oversight over drug enforcement agencies supposedly until June 30, 2022.Robredo accepted the appointment, saying she intended to curb drug killings and to hold those behind rights abuses accountable.She said she would go after drug bigwigs, policemen who allegedly resold seized narcotics, and officials who smuggled in tons of methamphetamine into the Philippines.
Support our Catholic journalism with a contribution of any size
Your contribution will help the Catholic journalists and editors in UCA News to report news, features, commentaries, video stories and podcasts on issues affecting the lives of millions of Catholics around the world.
Here is a gift of two valuable books as a token of appreciation to you.
Check your mailbox for links to these PDF/e-Books.