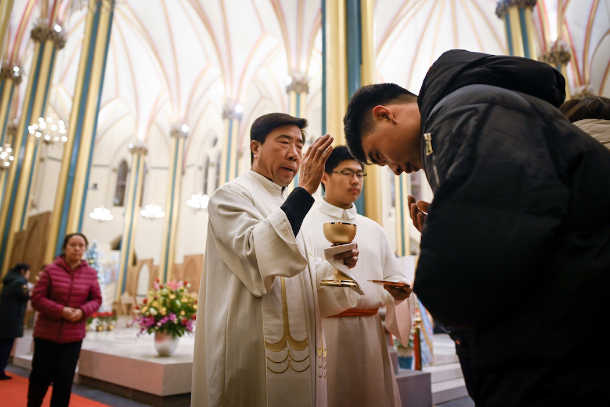 A file image of Chinese worshippers receiving the eucharist during Mass at a Catholic church in Beijing. An estimated 12 million Catholics in China are divided between the state-sanctioned official church and the underground church recognized by the Holy See. (Photo by Wang Zhao/AFP)

Chinese bishops attending the Chinese People’s Political Consultative Conference (CPPCC) in Beijing gave their backing to the Vatican-China provisional agreement on the appointment of bishops.

Bishop Vincent Zhan Silu of Mindong, a CPPCC member and a vice-chairman of the Chinese Catholic Patriotic Association (CCPA), told Hong Kong’s Sing Tao Daily on March 3 that the deal was a win-win agreement that would promote the unity of the Chinese Church and its healthy development.

The former illicit bishop, who was recognized by the pope after the agreement was signed last year, said he was surprised to hear the objection of the Holy See to the Chinese faithful being forced to join the official church.

"There will be no official or unofficial church when the Church is united,” he said.

Asked if it meant the underground church would be forced to disappear, he asked: "Don't you want the Church to be united? A Church schism is not the fundamental aspiration of Catholics."

Bishop Zhan said those Catholics who refuse to join the official church were acting in their personal interests. He said there was no timetable for the integration of the underground church. "Everyone works hard and works together," he said.

Another CCPA vice-chairman, Bishop Paul Lei Shiyin of Leshan, told Hong Kong media that he was very optimistic about the implementation of the agreement this year and denied that the regulation of house churches on the mainland would affect religious freedom.

Bishop Lei was also recognized by the pope after the provisional agreement.

Bishop Paul Meng Qinglu of Inner Mongolia, also a vice-chairman of the CCPA, told Hong Kong media that the provisional agreement would expire in two years and then China and the Vatican would discuss whether to sign a new agreement. 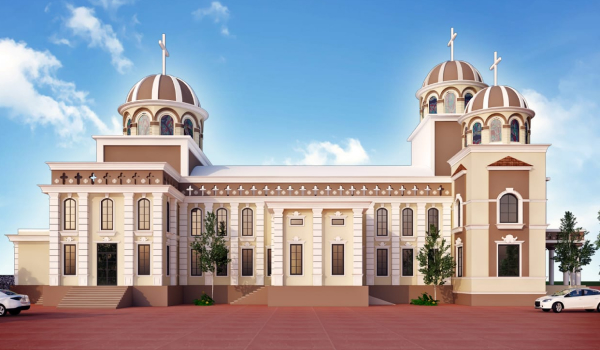