Rise in minimum daily wage nowhere near enough to overcome poverty, they say 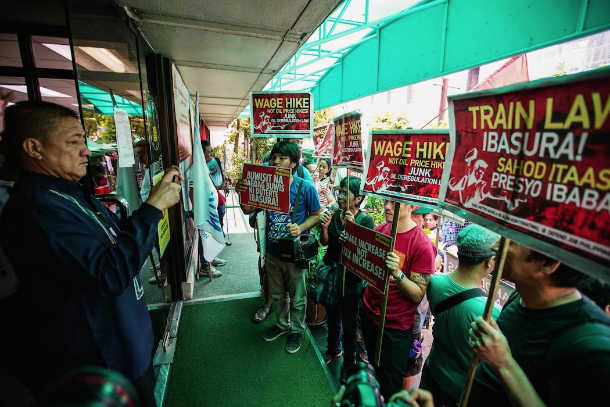 Workers hold a demonstration in Manila to demand for a higher wage increase. (Photo by Jire Carreon)

Catholic bishops in the Philippines are backing workers' demands for a higher wage increase in the wake of the government's announcement that minimum wage earners will receive more pay.

The Labor Department announced on Nov. 5 a US$0.47 pay rise and ordered the integration of the existing US$0.20 cost of living allowance to the daily basic pay for workers in the capital.

When put into effect, the new daily minimum wage in the Philippine capital will be US$10.

The workers, however, are unhappy saying the rise is a fraction of the US$6 a day they had been demanding.

The Associated Labor Unions—Trade Union Congress of the Philippines noted that the government decision took into consideration the needs of employers over workers.

"The government and employers took the same side and outvoted labor," said Alan Tanjusay, spokesman of the trade union.

Tanjusay said the meager wage increase would have no impact on lifting workers and their families out of poverty.

Catholic bishops Honesto Ongtioco of Cubao and Broderick Pabillo of Manila supported the workers, saying that the amount is not enough amid the rising cost of basic necessities.

"I believe our ordinary workers deserve to receive more," said Bishop Pabillo, adding that US$0.50 "is really a measly amount [that] cannot cover the cost of the rise in prices."

Bishop Ongtioco said the government should reconsider the amount.

"I hope and pray that our government agencies and officials will reconsider the possibility of a bigger increase," said the prelate.

Activist youth group Anakbayan compared Filipino workers to "Lazarus of the Bible, living off the meager crumbs that fall off the tables of the wealthy."

Youth leader Einstein Recedes said the US$0.47 daily increase for workers is just "crumbs" compared to the profit of the country's big companies.

Data from the Philippine Statistics Authority show that at present, 29 percent or 6.47 million Filipino families earn less than US$188 a month, while another 37 percent or 8.37 million more earn between US$188 and US$396 a month.

"Despite this hyped-up increase, the poor are worse off than before," said Recedes.

The presidential palace said the wage hike could still be adjusted "depending on the economic conditions." 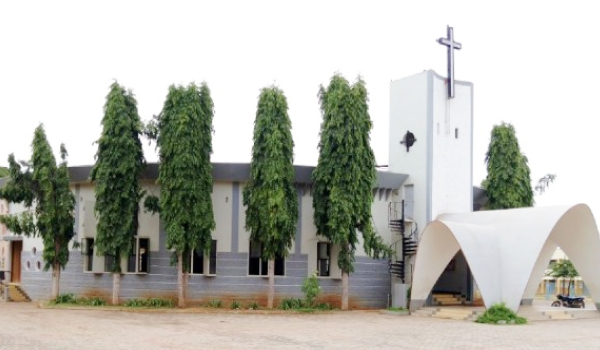