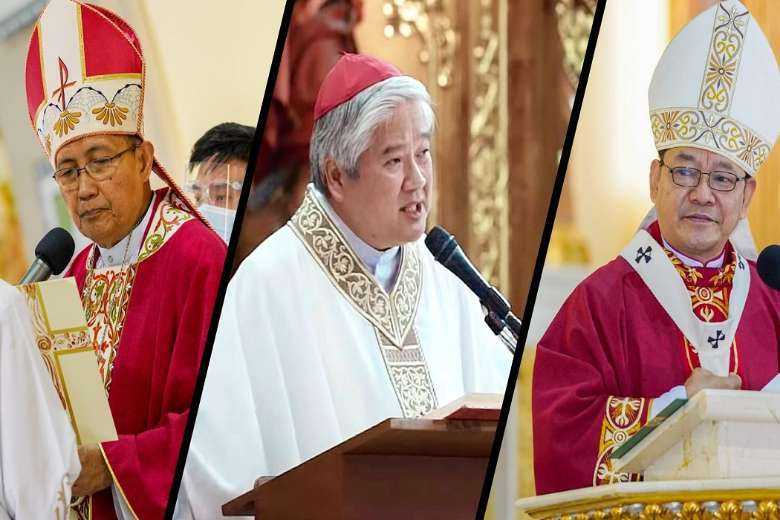 Three archbishops in the northern Philippines issued a strongly-worded joint pastoral statement Sept. 12 condemning the country’s socio-political situation calling it a “valley of death” due to President Rodrigo Duterte’s war on illegal drugs.

Archbishops Marlo Peralta of Nueva Segovia, Socrates Villegas of Lingayen-Dagupan and Ricardo Baccay of Tuguegarao province called for repentance and atonement for all the killings and corruption in the country.

“How may we describe the present social condition of our nation? It is like a valley of death with the killing of drug users and opponents, death by governance without vision, death by shameless corruption that seems to break all records Killings! Murders! Deaths!” the archbishops said in the letter.

More than 30,000 poor Filipinos have been killed in the campaign against illegal drugs, they claimed.

They also pointed a number of unsolved murders of journalists and government critics since Duterte became president.

“Journalists have been killed, political opponents have been murdered, court judges have been assassinated, priests have been shot and critics have been bullied and threatened. The killers are at large and the blind supporters of these murderers applaud the killers,” they said.

The prelates voiced support for medical health workers who they said had fallen victim to corruption within the government.

They were referring to an alleged 47.4 billion-peso fraud from within the Health Department that deprived health workers battling the Covid-19 pandemic from receiving promised benefits and bonuses.

“The heroic medical health workers risk their safety and some have even perished with their PPEs [personal protective gear] on. While other nations have risen from the pandemic, our death toll continues to rise,” the prelates said.

“Bullets kill. Viruses kill. Governance without direction kills. Corruption kills. Trolls kill with fake news. Hunger kills. When will the killings stop? The poor pay for the corruption of the powerful, while the nation is sinking in debt.”

The prelates urged Catholics to have faith and that evil would be overcome by good.

The archbishops urged all Filipino Catholics to atone for national and personal sins by praying the rosary praying  and saying the novena to the Divine Mercy.

“May our penitence lead us to generous and courageous works of mercy and charity in our own personal little ways.,” they said.

They also urged Catholics to resist murderous and “corrupt” behavior.

Catholics have the moral duty to resist and to correct a culture of murder and plunder as much as the prolonged pattern of hiding the truth in alleged corruption in government, they said.