Bishop speaks out on Neo-Cats 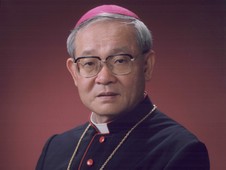