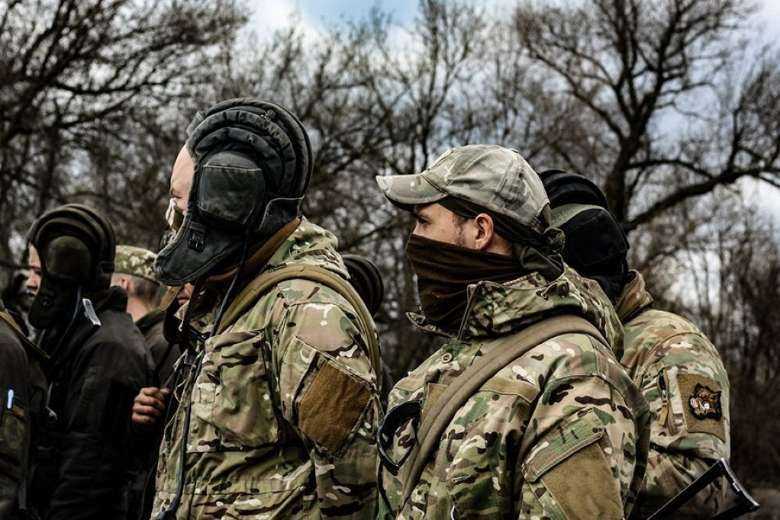 Ukrainian soldiers conduct a drill with tanks in the Donetsk region of Ukraine on April 24. (Photo: AFP)

A bishop in eastern Ukraine has accused Russian-backed separatists of barring Latin-rite Catholic clergy from their territory and urged Western church leaders to speak out amid new fears of violence.

"These so-called bandit republics haven't allowed any Catholic priests in or even reacted to our requests," said Auxiliary Bishop Jan Sobilo of the Latin-rite Diocese of Kharkiv-Zaporizhia.

"The Western Church should say more about the current situation, since its silence merely plays into the separatist hands. It suits them very well if the Vatican and Catholic Church just keep quiet."

The bishop spoke amid fears of new violence over plans by Ecumenical Patriarch Bartholomew of Constantinople to visit Ukraine for the 30th anniversary of its post-Soviet independence Aug. 24, despite fierce opposition from church and government leaders in neighboring Russia.

Catholics in Ukraine, however, welcomed the recognition of the independent Ukrainian church, expressing hopes that Catholic-Orthodox dialogue and practical cooperation would thrive in a way that had not occurred with believers in Ukraine who were tied to the Russian Orthodox.

Russia will take steps to frighten people, but this makes it even more essential for the patriarch to come

In an Aug. 2 interview with Catholic News Service, Bishop Sobilo said he expected "provocations by the Russian side" in a bid to prevent the visit.

"Russia will take steps to frighten people, but this makes it even more essential for the patriarch to come," said Bishop Sobilo.

"With Catholics in eastern Ukraine already denied any direct pastoral care, voices should be being raised to show what's happening isn't normal or acceptable."

Bishop Sobilo said that at the start of a coronavirus lockdown, a Polish-born priest, Father Grzegorz Rapa, left Luhansk after ministering in the area since 1993. The priest was barred from returning when the border reopened in November.

He added that Father Rapa had offered Masses online from Poland for local Latin-rite Catholics, who have had access the Divine Liturgy and sacraments from an Eastern-rite Catholic priest still in Luhansk, but the liturgies are very different. The bishop said the separatists have ignored requests on the church's behalf from the Organization for Security and Cooperation in Europe.

"The separatist rulers are only ready to accept one confession -- the Orthodox Church loyal to Russia's Moscow Patriarchate," Bishop Sobilo said.

"Although the previous Vatican nuncio was helped to visit the region by the OSCE, which also ensured his security, the situation has worsened, and the separatists aren't even talking now. It seems no one can help us."

However, he warned the event also could create new problems for surviving Catholic communities in separatist-occupied Luhansk and Donetsk. He said Metropolitan Mytrofan of the Ukrainian Orthodox Church-Moscow Patriarchate, whose diocese was also divided by the border, died in suspicious circumstances in June after showing a "friendly attitude" to Catholics.

"The new Ukrainian Church is also banned from the eastern republics, and the separatists are asking about our own position in this Orthodox conflict -- whether we have contacts with the new church."