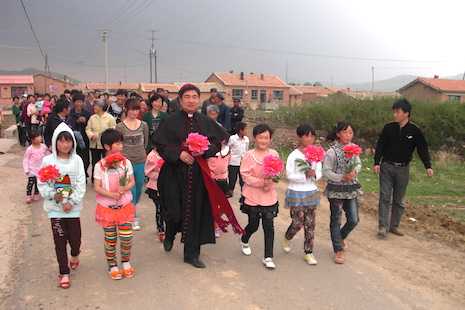 Bishop Paul Meng Qinglu of Inner Mongolia, a prelate of the goverment-sanctioned Catholic Church, leads a procession in this file photo.

China’s central government has ordered an end to a demolition campaign that targeted churches in Zhejiang province, according to a senior official of the state-sanctioned Catholic Church.

Bishop Paul Meng Qinglu of Inner Mongolia, a vice-chair of the Chinese Catholic Patriotic Association, said he heard the news during a recent religious meeting in Beijing.

“Church leaders across China had complained about the demolitions over the past year,” he told ucanews.com.

Bishop Meng said the orders to end the demolition campaign were supposed to have taken effect “early this year”.

At least 400 crosses have been removed and 35 Protestant and Catholic churches destroyed in Zhejiang since the end of 2013, making the campaign among the most destructive against Christians in the region in recent times.

Last month, Christian Solidarity Worldwide published a detailed timeline of the demolitions that appeared to show the campaign slowing down in December, when there were only four incidents recorded in the southeastern province — among China’s most prosperous.

Leaked government notices last year suggested the Zhejiang provincial government launched the campaign based on the premise that churches were violating building codes.

Although there has never been official word on who was responsible, Church observers have long suspected Zhejiang’s provincial governor, Xia Baolong, who was reportedly annoyed at seeing so many crosses beside a highway in Wenzhou, known as ‘Jerusalem of the East’.

Bishop Meng said that the large number of churches and non-religious buildings that violated building codes in Inner Mongolia and the rest of China had rarely suffered a similar fate.

“So I think this issue is due to different governance by different provincial leaders,” he added.

In Wenzhou diocese, the situation remains “sensitive” but the campaign against churches appears to have stopped, a lay leader told ucanews.com on condition of anonymity because of the sensitivity of the issue.

“Now the government has set rules on the size of crosses erected outside churches, but how large they can be depends on the district,” the source added.

Zheng Leguo, a Protestant preacher in Wenzhou, said the fallout from the campaign was still being felt.

“More than 100 people were summoned by the police for interrogation. Some were even detained and await trial,” he said, adding that many had their phones and social media tapped by authorities and were harassed trying to give interviews. “They have to be careful and alert.”

“In the meeting, officials mentioned restricting children’s catechism classes, unregistered Bible and theology formation, as well as the operating space of unregistered house churches,” he said. “So we need to observe further.” 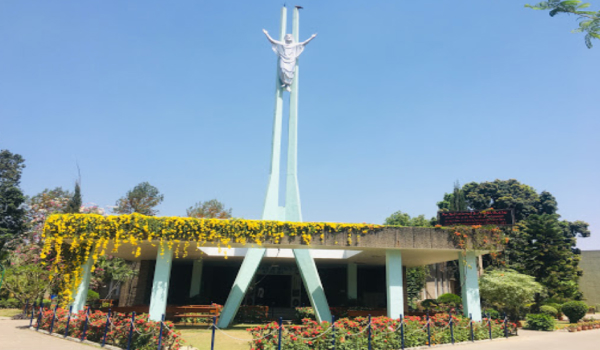