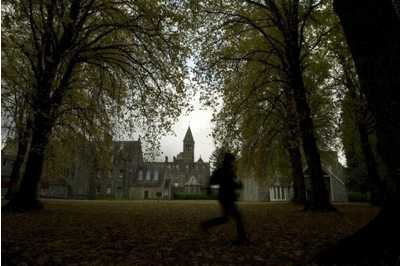 Leading experts and a child abuse victim praised yesterday's announcement by Hugh Gilbert, the Bishop of Aberdeen, that the allegations surrounding Fort Augustus Abbey in the Highlands had shamed the church.

His comments marked a new direction for the church, which has previously faced accusations of dismissing such claims.

During mass at a church near the school, which shut in the 1990s, he said: “It is a most bitter, shaming and distressing thing that in this former Abbey School a small number of baptized, consecrated and ordained Christian men physically or sexually abused those in their care.”

The Bishop added that he was “anxious that there be a thorough police investigation”.

Five men last week came forward to say they were raped or sexually abused by Father Aidan Duggan, an Australian Benedictine monk who taught at Fort Augustus and Carlekemp, a feeder school in East Lothian, between 1953 and 1974.

Fr Duggan died in 2004 but some of the allegations relate to men who are still alive, and Police Scotland has launched an investigation.

Professor Tom Devine, a leading historian based at Edinburgh University, said: “I think, more important than the entirely correct apology from Bishop Gilbert, is the news the there will be full disclosure and audit of historic cases of abuse”.

“The Church has finally realized that complete transparency and honesty is the only way forward to combat suspicion, rumor and exaggerated reporting.”

Another leading Catholic Church commentator, John Haldane, professor of philosophy at St Andrews University said: “I very much welcome the fact, the substance and the spirit of it. It is part of the Christian understanding of human beings that as well as having a capacity for recognizing and pursuing the good we are also liable to self-indulgence and to harming others.

“Bishop Hugh has begun the work of acknowledging the gravity of the wrongs done, and bringing some peace to those who have suffered.”

The leader of Britain’s biggest group of Benedictine congregations, Richard Yeo, has already signaled full cooperation with the police inquiry, but the order, like the church, had no direct authority over the schools.

Bishop Gilbert, whose diocese covers Fort Augustus, added: “We are anxious that there be a thorough police investigation into all this and that all that can be done should be done for the victims. All of us must surely pray for those who have suffered.”

Senior Catholic figures in Scotland have been horrified by the revelations made in a BBC Scotland investigation.

The bishop added: “The Catholic Church in Scotland has been addressing this issue increasingly effectively in recent years. We want to work with all public bodies who care for the young and vulnerable adults. We wish to share our experience and share best practice so that lessons can be learned and children can always be fully protected.”