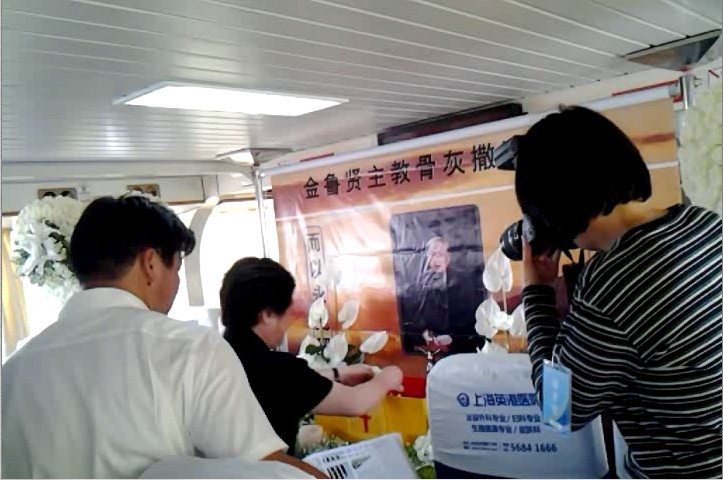 The remains of Coadjutor Bishop Aloysius Jin Luxian of Shanghai were buried at sea on Monday as about 100 Catholics boarded a vessel to carry out the prelate’s dying wish.

Bishop Jin, leader of China’s “open Church” community, died on April 27 at the age of 96, and is the first Chinese clergyman to opt for burial at sea.

His ashes were scattered at the Wusong Port, which sits at the intersection of the Huangpu and Yangtze rivers.

Earlier this month, another elderly priest, Father Francis Xavier Yao Jingxing, a prolific translator and former publisher of Guangqi Press in Shanghai diocese, died at the age of 97.

A Catholic blogger using the name Petrus Zou wrote that Fr Yao’s death on August 6 had raised concerns about the future of the diocese and that it was “a sign that an era has ended”.