Refusal to allow Catholic burial 'in accordance with Canon Law' 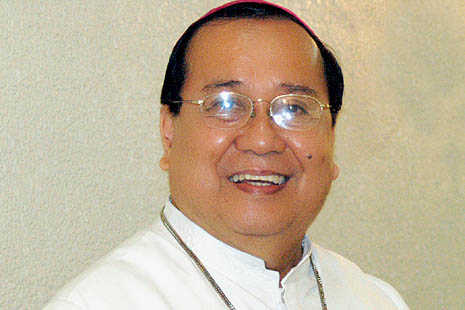 A Filipino Catholic bishop has denied funeral rites to a parishioner who was a Freemason. Bishop Florentino Cinense of the Diocese of Tarlac in the northern Philippines said that his refusal to allow Christian rites for Dr. Manuel Yu of the parish of Saint Jude was in accordance with Church law. Bishop Cinense said all churches in the diocese have been advised not to give Church rites to Yu, who was laid to rest today at Paniqui Memorial Park. A Mass was, however, held in the family's residence hours before Yu was buried. It is not the first time the Philippine Catholic Church denied funeral rites to a Freemason. The late Governor Rafael Nantes of Quezon province, a known Freemason and “born-again Christian,” was also denied Catholic funeral rites by Bishop Emilio Marquez of the Diocese of Lucena. Bishop Marquez, a known critic of Nantes, said the Church’s Code of Canon Law denies Catholic burial rites for the likes of Nantes “unless some signs of repentance before death had been shown.” The bishop said the governor’s death in a helicopter crash in May last year was sudden and unexpected and there was no way for the Church to determine whether he had repented. “We did not in any way forbid prayers for the eternal repose of his soul or to bless the mortal remains of the governor,” Bishop Marquez said. He said the Church did not prohibit the celebration of Mass for the late provincial executive “as long as his (Nantes) body was not there.” PM13819.1647