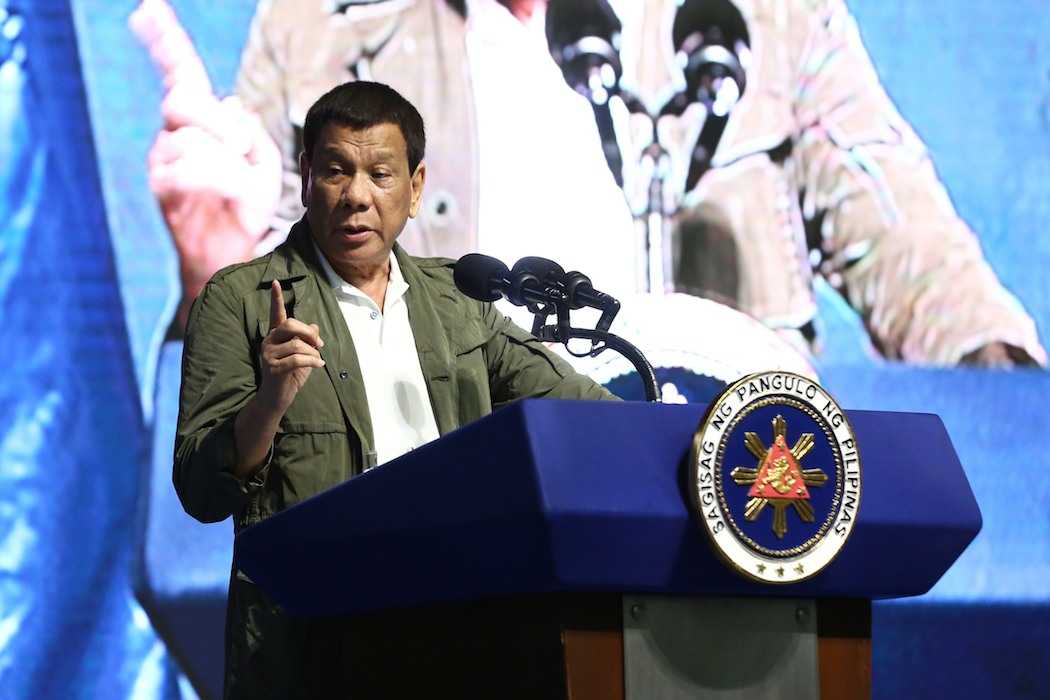 Philippine President Rodrigo Duterte speaks before village officials at an oath-taking ceremony in Mindanao on July 2. (Photo courtesy of the Presidential Communications Office)

A Catholic bishop has challenged Philippine President Rodrigo Duterte to name church leaders his administration alleged were conniving with communist rebels to destabilize the government.

Manila Auxiliary Bishop Broderick Pabillo, an outspoken critic of Duterte, said the president should "name names" or he would just be spreading rumors.

The president's spokesman, Harry Roque Jr., announced on July 2 that some church officials could be conniving with the rebels to oust the president.

"There may be a lot of them who won't accept the president. That's why it's not impossible that some of them may join with the [communist rebels] to oust President Duterte," said Roque.

Bishop Pabillo, however, said the presidential palace might just be "blinded by their fears and their bias that they cannot see their mistakes."

Last week, Bishop Reynaldo Evangelista of Imus, head of the public affairs body of the Catholic Bishops' Conference, said church leaders are not out to destabilize the government.

"It's not for us to make the situation more chaotic as it is already," said the prelate.

Roque later issued a statement clarifying that his pronouncement was taken out of context.

"What I was in fact saying is that I am not discounting the possibility that in the near future some religious leaders might join the clamor for the president's ouster," he said.

"I was not talking about the church in general but only referring to those members of the church who remain unhappy with the election of [Duterte]."

On July 3, the presidential spokesman called for a "ceasefire" between the president and Catholic Church leaders.

"If there's going to be a cessation of hostile language, it has to be from both institutions," he said in a press briefing.

He said if a proposed dialogue between the president and Catholic Church leaders were to take place, "perhaps there should be a ceasefire."

Duterte has formed a team to talk with the bishops after several church leaders reacted to the president calling God "stupid" for the concept of original sin.