Bishop appeals to save Filipino woman on Saudi death row 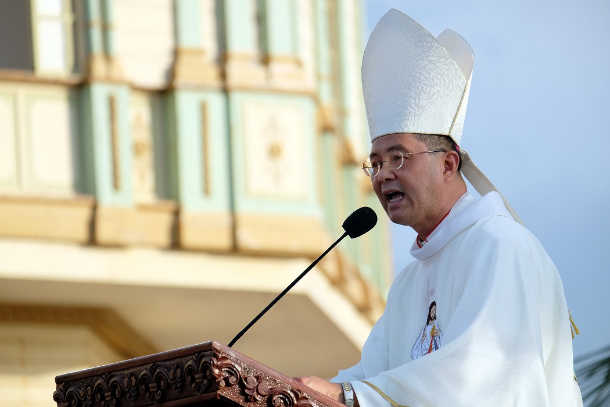 Bishop Ruperto Santos of Balanga has called on the Saudi government to be merciful. (Photo by Roy Lagarde)

A Catholic bishop has called on the Saudi Arabian government "to be merciful" and grant clemency to a young Filipino woman on death row.

Last week, the Saudi Court of Appeals upheld a death sentence handed down in 2017 against the unnamed Filipino woman convicted of killing her female employer.

"We turn to God in prayers that He may move the [Saudi] government to be merciful," said Bishop Ruperto Santos of Balanga, head of the Episcopal Commission on Migrants and Itinerant People.

The prelate also appealed to the Philippine government to exhaust all means to save the woman and conduct a "thorough investigation" into how the woman arrived in Saudi Arabia.

"Placement agencies should be made accountable for whatever happens to [Filipino workers] sent to other countries," said Bishop Santos.

The Philippines' foreign ministry said it will continue to assist the woman, who claims she killed her "abusive" employer in self-defense.

Many cases of workers being abused by their employers have emerged from the Gulf kingdom.

Edgar Badajos, consul-general at the Philippine consulate in Jeddah, said the Philippine government has been assisting the woman since the start of her trial.

He said the government has been working to file charges against the recruiters of the woman, who was reported to be still only a minor when she was sent to Saudi Arabia in 2016.

In January, a 39-year-old Filipino maid was executed in Saudi Arabia after being found guilty of murder in 2015.

An estimated 2.3 million Filipinos work abroad, about half a million of whom work in Saudi Arabia, making it the top destination for Filipino migrant workers.