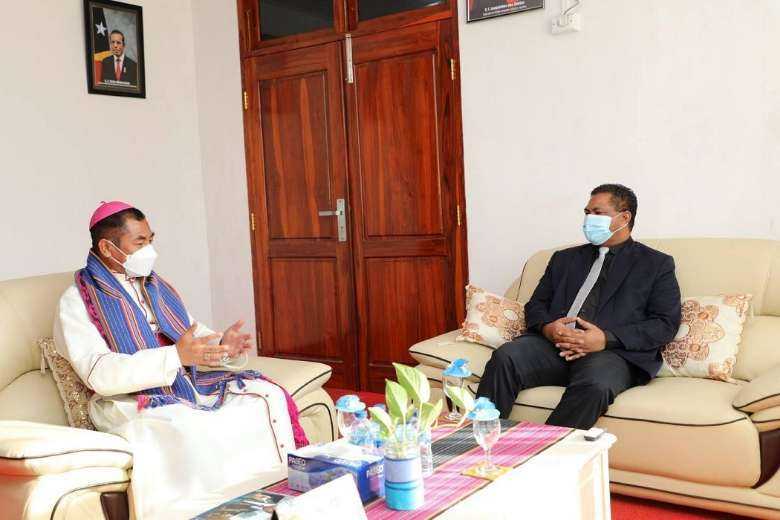 Dili Archdiocese in Timor-Leste has asked the government for permission to establish the country’s first Catholic university by upgrading the status of a pastoral school.

The application was submitted to the Ministry of Higher Education, Science and Culture by the country’s top churchman, Archbishop Dom Virgilio do Carmo da Silva, on July 16.

"[We] have gathered all the requirements to get a permit to establish this university," he told a press conference after meeting ministry officials.

The Salesian archbishop said the university would be the result of an upgrade to the diocese’s Catholic Religious Institute, which was founded while Timor-Leste was still under Indonesian rule.

If permission is granted, the Catholic University of Timor will be born, he added.

Some 50 educators, all of whom have master's degrees and Ph.Ds, have signed up to teach at the new institution.

As for the building, he said, they would also use a building used by St. Joseph High School in Balide on the outskirts of Dili.

"I can say that in terms of buildings, 80 percent are ready," Archbishop da Silva said.

The establishment of a university is a long-standing goal of the archdiocese and was first touted by Salesian Bishop Carlos Filipe Ximenes Belo (1983-2002) and again by the late Bishop Alberto Ricardo da Silva (2004-15).

"I'm just pushing an existing plan. Establishing this university is not only my dream but the dream of everyone in Dili. Many people have suggested that we open a Catholic university,” Archbishop da Silva said.

He said if permission is granted, Portuguese would be the official language.

Ministry of Higher Education, Science and Culture official Maria Filomena Lay Guterres said a decision on whether to grant the application would be made in three to six months.

"If all the requirements have not been met, we will work with Dili Archdiocese to complete them," she said.