State-run newspaper has falsely accused them of felling pine trees and threatening authorities, they say 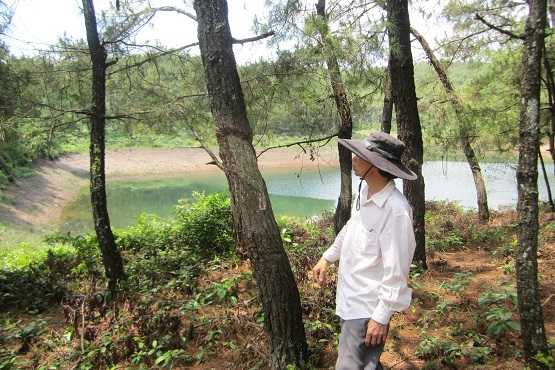 A Benedictine monk checks a pine tree's resin after it was harvested by workers from a local company on May 15. A government-run newspaper has accused the monks of illegally felling trees in the forest and other illegal acts. (ucanews.com photo)

Benedictines in central Vietnam have been accused of illegally felling pine trees in a news report but they vehemently deny the claims.

Phap Luat newspaper on May 5 accused Benedictine monks from Thien An Monastery of cutting down some 100 pine trees aged over 60 years in a forest near their monastery on the outskirts of Hue.

Phap Luat was one of four state-run newspapers that reported on the issue but was the only one to name the suspects as belonging to the monastery.

The article accused the Benedictine monks of debarking pine trees, poisoning them with toxic chemicals and for burning them. According to Phap Luat they also threatened authorities with knives when they were found chopping the trees  and allowed dogs to threaten their reporter. All other reports referred to the suspects as "evil people."

Father Duc said Phap Luat failed to give "objective, concrete and overwhelming evidence" and had been directed by government officials to smear the Benedictines and turn people against them.

The priest also said that the other three state-run media reported on the issue untruthfully and did so without clear or persuasive evidence.

The Benedictines believe the individuals who damaged the forest and cut down trees were acting on behalf of government officials.

In his petition issued on May 10, Father Duc demanded Phap Luat "immediately stop distorting the truth, smearing Benedictines and defaming religion." He asked the publication to correct the reports and apologize.

He also asked the Public Security Department and People's Procuracy in Thua Thien Hue province, to "investigate the reporters and take criminal proceedings against them."

The priest said Benedictines brought pine trees from Africa and planted them on the hills in the 1940s. The pine forests are "the lungs of the city."

In 2002, the government confiscated 107 hectares of land, including a 49-hectare pine forest legally owned by the Benedictines, leaving them with only 5.5 hectares. The monastery has also been prevented from using water from a lake for their daily activities and orange farm.

"The government's smear campaign aims to isolate and threaten us so we do not protest against their building projects on our land," said Father Loi.

The priest said the Benedictines have been treated unfairly. In 2015, they cut down eight pine trees to build a 100 square-meter flower garden and erected a Sacred Heart statue but "We were accused of destroying pine forests managed by the state," he said.

The communist government does not allow private media in Vietnam. The law says that the press must disseminate and protect the government's agenda. 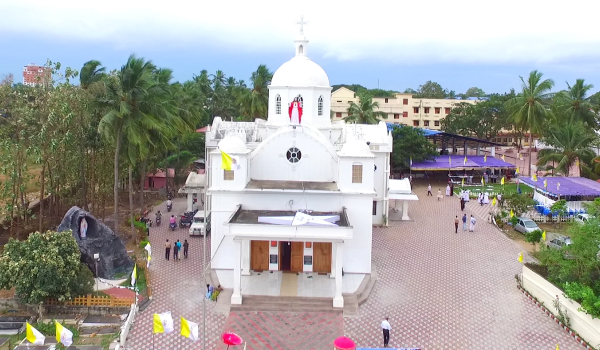