Visitor says he 'is in a very bad way' 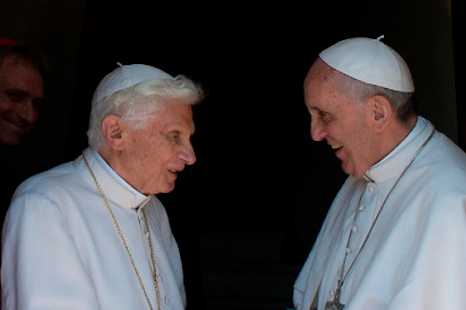 Just months after becoming the first pope in nearly 600 years to resign, reports are surfacing that Pope Emeritus Benedict XVI is in poor health with diminished stature and energy.

After a brief hiatus at the papal summer residence in Castel Gandolfo, Benedict returned to live in a converted monastery on the edge of the Vatican gardens last month. Already, some of his visitors have commented on the former pope’s physical deterioration.

“Benedict is in a very bad way,” said Paloma Gomez Borrero, a veteran Vatican correspondent for Spain’s Telecinco television network who visited the former pope in late May. “We won’t have him with us much longer.”

Cardinal Joachim Meisner, the archbishop of Cologne, Germany, and a personal friend of Benedict’s, visited the former pope in April.

“I was shocked at how thin he had become,” Meisner said at the time. “Mentally, he is quite fit, his old self. But he had halved in size.”

Vatican officials have admitted Benedict has weakened since stepping down, but they deny his physical condition has become critical.