Benedict may be invited to attend dual canonizations 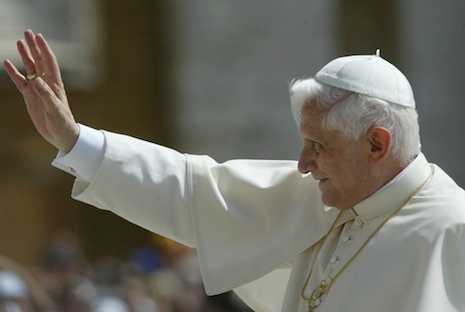 The director of the Holy See’s Press Office announced that Benedict XVI could participate in the canonization ceremony next April for Blessed John Paul II and Blessed John XXIII.

During a Sept. 30 press conference at the Vatican, Father Federico Lombardi did not rule out that the former Pontiff could be present at the canonizations.

“There is not legal or doctrinal reason to keep Benedict XVI from taking part in a public ceremony,” he said.

It would be an unprecedented canonization ceremony: Pope Francis, accompanied by his predecessor, Benedict XVI, would canonize the initiator of the Second Vatican Council, Blessed John XXIII, as well as Blessed John Paul II, known as the pilgrim Pope.

Fr. Lombardi also commented on the choice of April 27 – Divine Mercy Sunday, which is held the second Sunday of Easter – for the canonizations.

He also said that because a large number of pilgrims are expected to attend the canonizations, the second Sunday of Easter will be ideal, allowing many travelers to come from around the world.