A member of the medical staff checks the body temperature of a patient who has displayed mild symptoms of the COVID-19 coronavirus at an exhibition center converted into a hospital in Wuhan in China's Hubei province on Feb. 17. The death toll from the epidemic jumped to 1,868 in mainland China on Feb. 18 after 98 more people died. (Photo: STR/AFP)

Share this article :
In an unprecedented move, the Chinese government has postponed its annual piece of political theatre, the “Two Meetings” of its rubber-stamp parliament and advisory body planned for the first week of March, amid continuing fears of the COVID-19 virus. The coronavirus outbreak has also triggered the biggest wave of academic dissent against an increasingly authoritarian Beijing, with more than a dozen professors signing letters and issuing critiques and prominent critics detained and placed under house arrest. The National People’s Congress and the Chinese People’s Political Consultative Conference, due to start on March 5 and March 3 respectively and run for about 10 days, have about one third of their combined 5,500 delegates from Chinese provinces. Reports have indicated that it would be politically foolish to have these cadres meeting in Beijing while they should be dealing with the virus, which has infections in all 31 provinces and municipalities. There have also been suggestions that the convergence of about 8,000 people, including staffers, at Beijing’s Great Hall of the People may be considered too great a health risk. “That decision makes sense given that the delegates should be at their day jobs dealing with the epidemic and its aftermath. The signal from a delay would conflict somewhat with the message that the situation is nearly under control,” China analyst Bill Bishop wrote in his well-respected newsletter Sinocism.
Related News 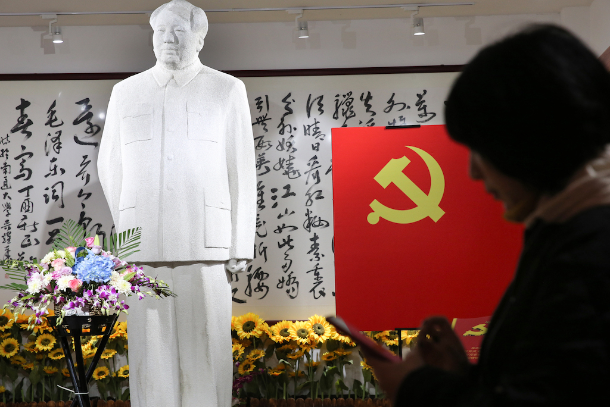 Even so, the noises emanating from Beijing appear to be positive. “The possibility of a wider epidemic outbreak has been avoided through strengthened prevention and control measures, the meeting noted, adding that a positive trend has emerged nationwide in curbing the epidemic,” Premier Li Keqiang told senior leaders on Feb. 17 in comments reported in state-run media. Much of the Chinese Communist Party’s work in declaring victory over the disease is shutting down dissent, which has been rare in the age of leader Xi Jinping. Tsinghua University law professor Xu Zhangrun, who published a blistering attack on the government’s response to the epidemic on Feb. 10 titled “Viral Alarm: When Fury Becomes Fear,” has been placed under house arrest, had his social media sites closed and his internet access cut off. He was reported in The Guardian as telling friends: “These may be the last words I ever write.” As well as Xu’s critique, there have been two open letters from groups of academics criticizing the handling of the virus crisis. Last week Beijing said it was dispatching a team of 300 “journalists” — by which it means propagandists — to Hubei province to tell heart-warming stories of people in the front lines fighting the disease to counter stories emanating from the vast quarantine zone of 50 million people of fear and a lack of supplies including virus-testing kits and human resources. Xu Zhiyong, a prominent Chinese legal activist who has accused Xi of covering up the extent of the tragedy in Hubei and its populous capital Wuhan, has been detained in Guangzhou after 50 days on the run; his girlfriend, Li Qiaochu, another activist, is missing. “Is victory really in reach or has the party decided it needs to convince everyone victory is within reach so that most of the country goes back to work? If Xi stays consistent to the propaganda system’s founding mission, then we should expect to hear about a great and glorious victory while they cover up the true extent of the devastation and death in Hubei,” analyst Bishop wrote.