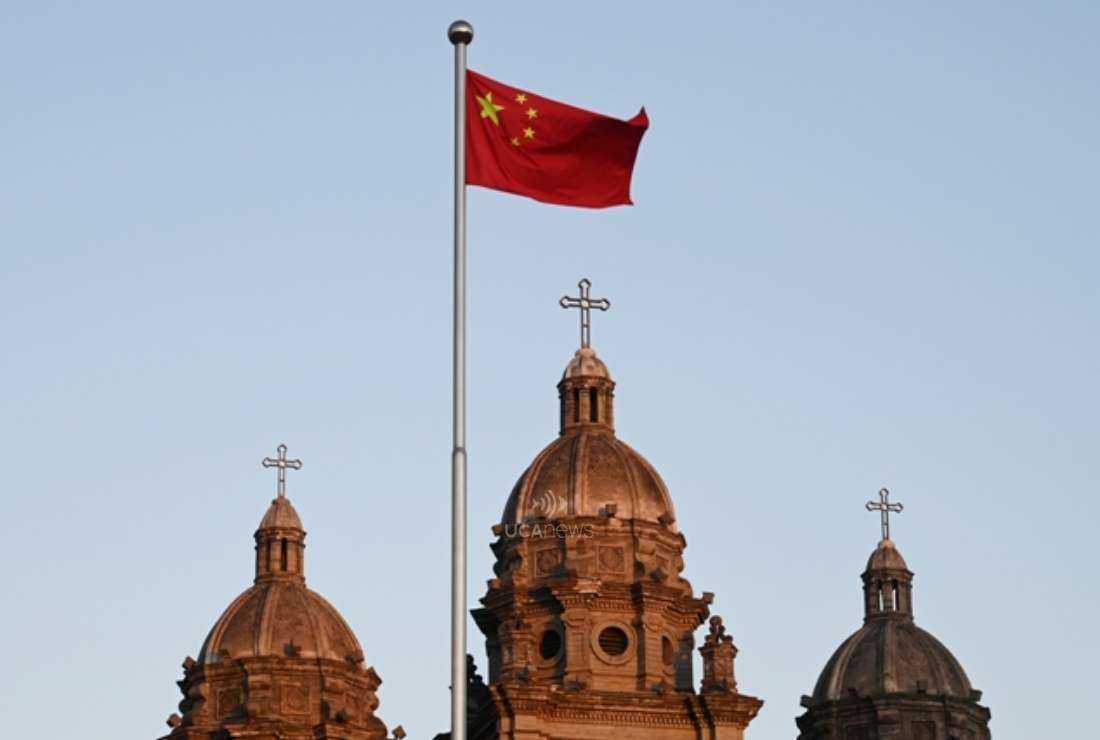 The Chinese national flag flies in front of St Joseph's Church, also known as Wangfujing Catholic Church, in Beijing on Oct. 22, 2020, the day a secretive 2018 agreement between Beijing and the Vatican was renewed for another two years. (Photo: Greg Baker/AFP) 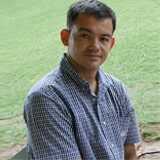 On Nov. 26, the Holy See released a statement expressing "surprise and regret" at the recent installation of Bishop John Peng Weizhao as auxiliary bishop of Jiangxi, a diocese not currently recognized by the Vatican. It seems this transfer had been made by force without consulting the Holy See.

One month after the renewal of the 2018 Sino-Vatican agreement which supposedly frames how Chinese bishops should be selected by Rome and Beijing, this new development confirms that relations between the two powers are not smooth but alive.

While pessimistic commentaries multiply, several aspects must be highlighted to understand that Beijing is not breaking its agreement with Rome. Rather, it is testing it. And so is the Vatican.

First of all, we are not facing an illicit ordination. Bishop Peng had been ordained with papal approval in 2014. For many years, he has been what is improperly described as a bishop of the “underground Church” – the kind of leader that the Chinese Communist Party does not trust. But on Nov. 24, civil authorities pushed him to accept an official position. He became the auxiliary bishop of the diocese of Jiangxi – a territory covering much more land and churches than his initial position.

Clearly, we are not dealing with an episcopal ordination without papal mandate. This would probably be the end of the agreement. Instead, Beijing has orchestrated official recognition of an underground bishop through his transfer to a Beijing-recognized diocese.

With this move, Chinese leaders said: “Look, we have finally recognized one of yours, as you have been asking for years. Why are you still complaining?”

But, of course, this is also a test for the agreement. Is the Sino-Vatican deal only about new episcopal ordinations or does it also regulate the ways Chinese bishops can be transferred to different dioceses and functions? What should be the exact role of the Vatican in these changes?

Second, the grievance of the Vatican is mostly about the "diocese of Jiangxi." For Rome, the central Chinese province is still divided into five Catholic dioceses and apostolic prefectures – as they were established before 1949. However, some are de facto obsolete or non-viable. In Jiangxi as elsewhere, civil authorities have merged numerous Catholic territories without seeking the Vatican’s approval.

Today, Rome pretends that nothing has changed. But Beijing is becoming rather firm about the administrative map it has produced over the past decades. This is not open to negotiation.  And the two powers are on their way to conjointly agree on the exact number and borders of Chinese Catholic dioceses. The transfer of Bishop Peng to a territorial entity that is not yet recognized by Rome is a reminder of this. The subsequent question is whether the agreement is about the territorial delimitation of Chinese dioceses and how long it will take to finally solve this issue.

Third, we should keep in mind that we are in Jiangxi, a province quite rural surrounded by megacities like Guangzhou, Wuhan, Xiamen and Hangzhou. This means that a lot of the young and entrepreneurial population has moved out of the province.

Jiangxi remains more rural in its mindset, and this socio-economic background impacts Catholic communities as well. They have lost a lot of their younger, flexible and innovative churchgoers. Many who have stayed behind are more in a resistant-to-change mindset. This is also partially true among local state officials, and this does not ease the local implementation of religious policies.

In this context and not surprisingly, local Catholicism has long been divided between several underground factions, each claiming to be the only true Catholic Church. For years, Bishop Peng has been identified with one of these factions. Today, we do not know how other factions perceive his unilateral promotion – and commentaries coming out of Jiangxi must be understood in relation to this socio-ecclesial context.

With these three points in mind, we must underscore that Beijing is not breaking the agreement. This is a rather superficial interpretation promoted mostly by those against it. Rather, Chinese leaders are testing the Sino-Vatican agreement as well as the nerves of the Holy See. But after three years of silence and concerning stagnation, combined with growing administrative control across all social sectors, this is good news.

Chinese leaders seem finally motivated to make things evolve and to clarify the scope of the Sino-Vatican agreement. They are actively challenging the ways the Holy See wants to define diocesan boundaries and transfer bishops. Many issues need to be clarified. In other words, this new development reminds us that we cannot miss China’s Catholic forest for the trees of episcopal ordinations. This would be backward clericalism.

Simultaneously, Rome is also testing Beijing. After years of very quiet and discreet talks behind closed doors, prelates in charge of the negotiations apparently decided to reveal how things go. They dare to publicly protest when things do not go as they wish. And this new strategy has been in place since the ridiculous arrest of Cardinal Joseph Zen in May.

But as President Xi Jinping recently told Prime Minister Justin Trudeau, Beijing does not like when interlocutors reveal confidential details about their ongoing negotiations. Of course, Rome knows that. And yet the Vatican releases information in a straightforward way. Two days after the appointment of Bishop Peng, the Holy See has not only publicly expressed its “surprise and regret” but revealed details about things on the ground. But this was not done through a partially orchestrated leak. Rather, this was a frank and public statement that is testing Beijing’s commitment to dialogue.

Finally, as various scandals in France and elsewhere continue to painfully remind us, we cannot forget that the Vatican is not necessarily a model of virtue and transparency when it comes to episcopal nominations, transfers and promotions. Without public consultation, and sometimes by force, the Holy See has promoted criminal prelates to higher clerical positions. Those disgraceful pastors have generated great scandal in the Church. And this has become even worse when bishops, cardinals and Catholic institutions have tried to cover them up. Therefore, if we understand the frustration and concerns of the Holy See in relation to the ambiguous attitude of Beijing, we cannot either forget what is happening elsewhere in the Church.

In light of the “spirit of dialogue” promoted by prelates in charge of the Sino-Vatican negotiations, we can only hope that the Holy See will soon improve its own way to select, transfer and promote bishops. This is a matter of sovereignty and credibility for the whole Church – not only in China!

In conclusion, when it comes to the endless Sino-Vatican disagreements which seem to prolong the Chinese rites controversy, we should keep in mind that we mostly hear from one side of the story only. If many signals seem concerning, the multiplication of statements and politico-religious moves can be seen as a positive development. Whether civil and religious authorities want it or not, things are evolving. The life of the Church and its regulation, in China and elsewhere, cannot be kept behind closed doors forever.