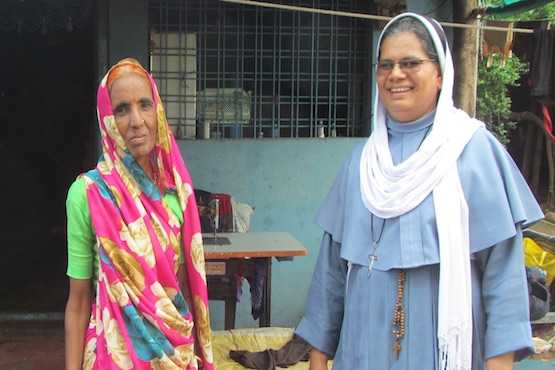 The upcoming beatification of an Indian nun murdered over 20 years ago, will be an inspiration for India's persecuted Christians, say local church leaders.

Indian Catholics are preparing for the Nov. 4 beatification ceremony of Sister Rani Maria Vattalil who was killed in a knife attack on Feb. 25, 1995 as she traveled on a bus near the city of Indore on her way to her home state Kerala for a vacation.

Sister Rani Maria was a member of the indigenous Franciscan Clarist Congregation in Indore Diocese situated in the central Indian state of Madhya Pradesh. She was 41 years of age when she was murdered.

Her "beatification, obviously, is going to be a great source of inspiration for the Church in India that faces persecution," said Paul Abraham, a Catholic writer based in Madhya Pradesh where attacks on Christians are frequently reported.

Abraham, a former journalist who closely followed the cause of the heroic nun, said her life and death will become a focus for local Christian communities.

"Her dedication for the poor that challenged the powerful landlords, and her determination to withstand threats for her Christian mission till death," will inspire local Christians who "on a daily basis" face harassment, he said.

In March this year the Vatican announced her beatification as a martyr and put her on the path to become the Indian Catholic Church's first modern-era martyr. India's first saint St. Gonsalo Garcia from Vasai near Mumbai was martyred in 1597 during his missionary work in Japan. He was declared a martyr in 1862.

The nun's murderer, Samunder Singh stabbed her both in the bus and on the road after she fled from the vehicle. In total, she was stabbed 54 times.

Singh was hired by moneylenders who opposed Sister Rani Maria's efforts to help poor villagers become more self-sufficient. He later repented while in jail and said that he wanted to meet the nun's family. Sister Rani's sister, also a nun, tied a rakhi (a thread that represents siblinghood) on Singh, accepting him into her family.

Christian leaders say hard-line Hindu groups in Madhya Pradesh have targeted religious minorities such as Christians ever since the pro-Hindu Bharatiya Janata Party came to power in the state 14 years ago.

"The beatification will strengthen all Christians, not only Catholics, to withstand violence and harassment for their faith. Sister Rani Maria will serve as a model," Abraham said.

Christians have recorded at least 80 incidents of violence in the state this year alone, which includes attacks on pastors, churches and prayer houses. There have also been false charges related to violating a state law on conversion.

The beatification as "it happens now is a special blessing as the Catholic Church is under tremendous pressure from fanatical groups, who continue their propaganda against Christian missioners," said Gangle.

Abraham, who also hails from the nun's home state of Kerala, said the nun came from a wealthy family and could have chosen "a comfortable married life."

"But she chose to become a nun, opted for (northern Indian) missions and become a voice for the voiceless," he said.

Christians make up just under 0.3 percent of some 73 million people in Madhya Pradesh, with the vast majority (90 percent) Hindus, according to India's 2011 census.