Thirty two percent of girls are married before 15 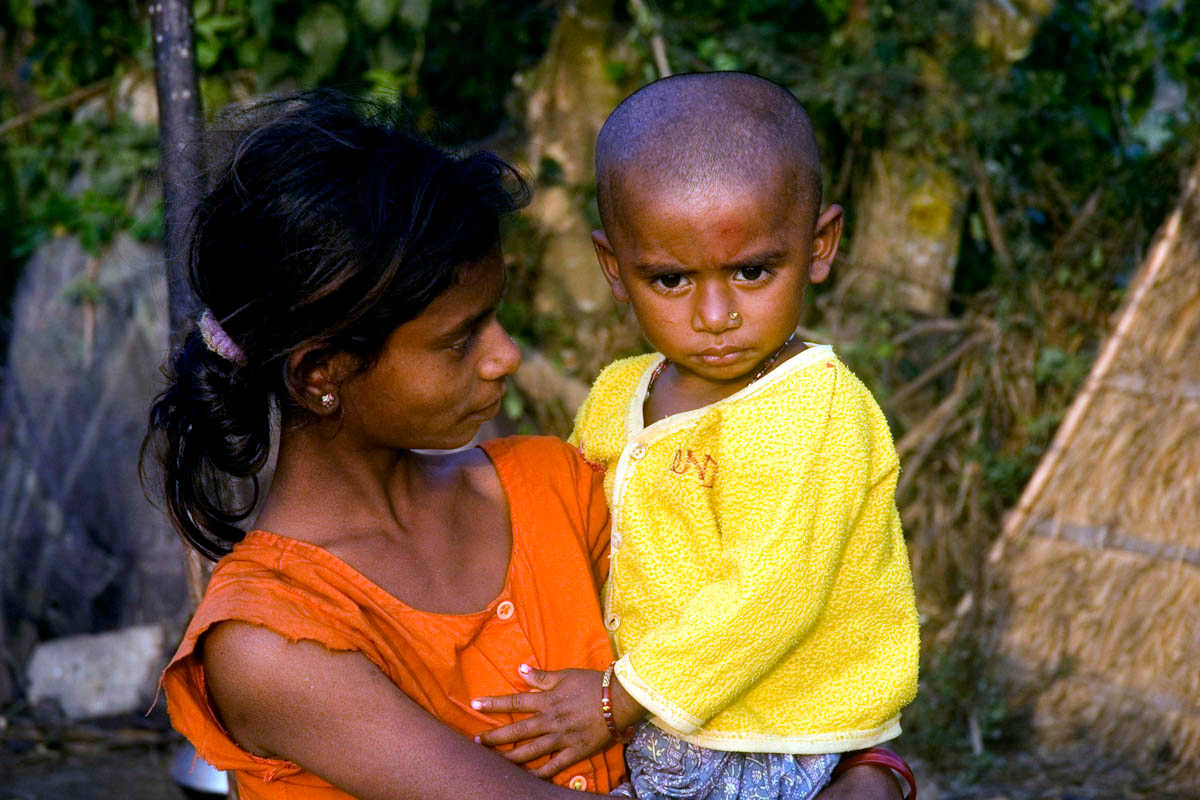 A Bangladesh child bride with her son (Chandan Robert Rebeiro)

It was only after a torrent of physical and psychological abuse from relatives that Mary Gomes finally agreed to marry the man. Only 16 at the time, she quickly bore witness to the darker side of forced marriage in Bangladesh.

“He used to abuse me the whole night and beat me up almost every day,” said Mary, now 20. “I became pregnant, but he didn’t stop the abuse. One day he kicked me in my abdomen and two days later I had a miscarriage. My in-laws blamed me for it.”

She didn’t return home from the hospital, and was instead rescued by a local rights group. She divorced her husband less than a year into the marriage, but didn’t seek any legal action. “I didn’t want to ruin my family and personal life further,” she says, echoing a feeling common among girls in her situation.

Mary’s family felt she needed to be married into a rich household, and in that she is not alone. According to some estimates, 66 percent of the country’s female population under 18 is forced into marriage; in rural Bangladesh, the figure climbs to 73 percent.

The pressure on girls to marry into wealthy families is unceasing, particularly in impoverished regions where parents struggle to provide for their young. With the cost of a dowry rising as the bride gets older, there is a tendency among many Bangladeshi parents to seek out a suitor for their daughter at a young age.

But aside from the physical abuse experienced by the likes of Mary, the psychological burden placed on the child is immense, says Zinnat Afroze, a social development adviser at Plan International in Dhaka.

“They lose their childhood – the day they get married, they are treated by the in-law’s family as an adult. And then they become a mother, a child mother,” she says. “They have to maintain their husband’s satisfaction, look after the house and satisfy their in-laws.”

Bangladesh has the world’s fourth highest child marriage rate, behind Niger, Chad and Mali, and the causes are manifold: poverty, social insecurity, high school dropout rates, lack of work, and traditional belief systems that promote underage marriage. Tackling these requires a collaborative approach among NGOs, the government and village heads, says Zinnat, and an effort to increase vocational training for young girls.

She says however that, irrespective of the root causes, the parents are the main driver. “Sometimes the parents ask us: ‘We know the consequences of child marriage, but what are the other options?’” In some rural areas where Plan works, she says, “everywhere there are young girls with babies.”

It’s the great untold story in conservative Bangladeshi society, where a female child is considered a burden for family. It’s also behind the country’s high rate of miscarriage, according to Bangladeshi Health Minister Dr AFM Ruhul Haque, who addressed the issue during a press conference last month on the eve of World Population Day.

According to Haque, one in three girls in Bangladesh becomes pregnant before the age of 19, and about 50 percent of stillbirths in the country are from mothers below the age of 20. Complications from pregnancy and childbirth are the leading cause of death in young women aged 15 to 19.

The practice is illegal under the 1929 Child Marriage Restraint Law, and since the 1990s, the government has been offering grants to pay for girls’ education up to higher secondary level.

But the efforts have fallen short, and groups like the World Health Organization warn that child marriage could rise across the world in line with population growth. According to the United Nations Population Fund, between 2011 and 2020, more than 140 million girls will become child brides, or 39,000 daily. Some 50 million of these will be under 15.

Rosalie Costa, a Catholic rights activist who has handled numerous child marriage cases in Bangladesh, says the Child Marriage Restraint Law is not being implemented. “In rural areas, where people are mostly uneducated and societies are undeveloped, the law and efforts don’t have much reach,” she says.

But the problem is gradually improving in Bangladesh, according to Zinnat, who says that in some rural areas, they have seen the average age of marriage of a girl rise from 15 to 17. Still, new obstacles loom.

“It’s getting better, no doubt about it, but there are other concerns. Now girls are earning money in garment factories and so on, and that encourages boys to pursue the girls to get married.”

But there are girls like Morzina Akter, who narrowly escaped the trap of forced marriage. At the age of 14, she recalls, her parents decided it was time for her to marry. “I wanted to continue my studies but my parents thought I didn’t need to get an education any more and I should get married like other girls in the village.”

Unable to convince them otherwise, she contacted a child rights NGO who were finally able to dissuade her parents. “I’m a first year graduate now and my parents want me to study as long as I wish. When I finish studies, I would like to become a teacher or social worker,” she says.

“My life would have been in darkness had I been married early. I feel sorry for my friends who have become typical housewives, and have babies and fully depend on their husbands.”